Wimbledon attendance down 7% from 2019, second-lowest total through first week since 2007 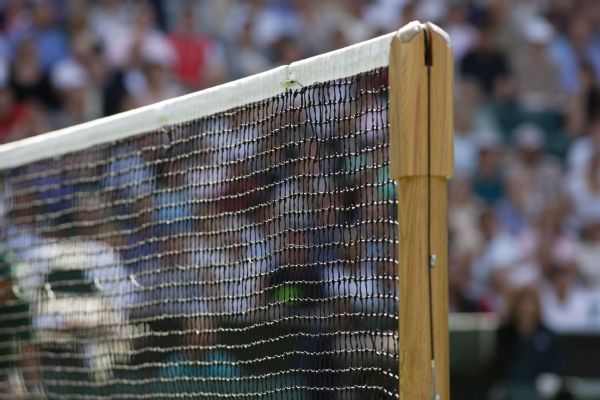 WIMBLEDON, England — If it seems as if there are more empty green seats in the stands at Wimbledon than usual this fortnight, that’s because there have been fewer spectators than usual.

Through the first six days of main-draw competition at the All England Club, official attendance was listed as 237,927. That is a decrease of 7% from the Week 1 total at the last pre-pandemic edition of the tournament in 2019, which was 256,808.

Those numbers are all through the first Saturday of the fortnight. This is the first time the All England Club expanded the planned schedule to a full 14 days by including the middle Sunday, which traditionally has been a day of rest. In the past, organizers added competition on that Sunday on just four occasions — in 1991, 1997, 2004 and 2016 — after there was so much rain in the first week that they needed to scramble to ease a backlog of matches.

On Monday, when asked about the prospects for attendance, All England Club CEO Sally Bolton said: « First year of permanent middle Sunday, so we are expecting a record crowd because of that. We’ve got that additional capacity for that day. »

Hard to know exactly what accounts for the decrease. The coronavirus could be a factor; cases are rising in Britain, and three of the top 20 men’s seeds withdrew after testing positive for COVID-19. There are big names missing: Roger Federer was not in the field for the first time since 1998; the No. 1-ranked man, Daniil Medvedev, and other athletes from Russia and Belarus were barred from competing because of the war in Ukraine; and Serena Williams lost in the first round. Inflation’s effects might make some people less inclined to spend money on tickets.

In 2016, there was so much rain in the early going that the first round, which is supposed to conclude on Tuesday, did not wrap up until Thursday. The attendance over the first half-dozen days that year was 236,173 — less than 1% below 2022 and the only non-coronavirus-affected total that has been lower since 2007.

In 2007, the total daily seating capacity for the tournament was 33,653; it currently is 37,140. Some courts do not have stands, plus the daily attendance totals include grounds passes, which allow fans to walk around the grounds and watch matches on a large video screen on the outside of No. 1 Court, aside from getting into smaller courts when there are seats available.

US Open champions to get $2.6 million, total compensation for tennis major hits $60M