Post-Wimbledon woes due to lack of work ethic 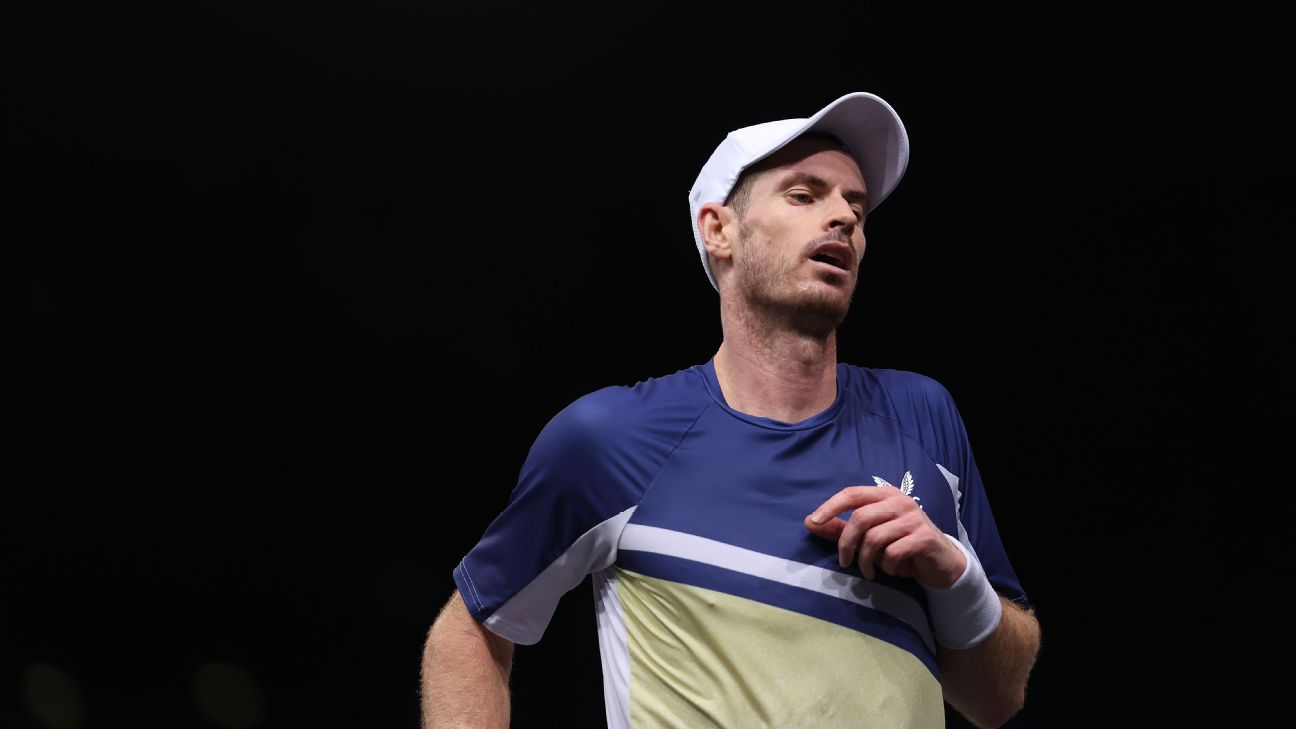 Andy Murray says he needs to « work harder » and « take responsibility » after suffering a late collapse in the first round of the Paris Masters on Monday.

After serving for the match against retiring 37-year-old Gilles Simon, the British No. 4 crashed out 4-6, 7-5, 6-3 in two hours and 50 minutes in what is the final tournament of Simon’s career.

The loss brings his 2022 season to a close and, Murray said after the result was down to his own failure to put in fitness work since Wimbledon.

« It’s nothing to do with my hip, » Murray told reporters.

« I just think the reality is I need to work harder. I’ve not really done much since the US Open, like, physically in the gym, or anything. I’ve done, you know, very, very little. And that’s off the back of not doing a training period off the back of Wimbledon.

« From an endurance perspective, that’s something that, for a large part of my career, I kind of pride myself on — being there right to the end of the matches, and being able to maintain a high level physically.

« I haven’t done that at all since … well in any of the tournaments since Wimbledon really, except New York. That needs to change. »

Murray added that he began experiencing cramps at 2-2 in the second set against Simon, which have been a recurring issue for the Brit since Wimbledon.

« The last few months, from that side of things, have been really, really disappointing. It’s my fault. It’s my responsibility. I will take that into the off-season, and make sure that it doesn’t happen to start the year . »

Despite some positives this season, Murray expressed his dissapointment in himself and said he needs to « get on top » of his fitness.

« It’s a really important off-season for me because the physical side is nowhere near where it needs to be, » Murray added.

« I mean, like, my movement around the court is reasonable, not too bad. But if I’m not able to last, any ambitions that I have for having a good run at a slam are done.

« So, unless I get on top of that, and get myself in great shape, then yeah, I’m gonna end up disappointed. »

On Tuesday, Murray appeared to make light of the situation, saying in a tweet: « What’s the best fitness-tracking watch on the market? »