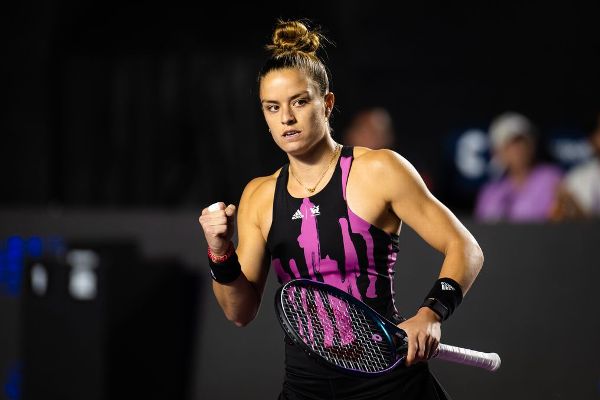 GUADALAJARA, Mexico — Sixth-ranked Maria Sakkari defeated Veronika Kudermetova 6-1, 5-7, 6-4 on Friday night to advance to the semifinals of the Guadalajara Open 1000 and clinch a place in the WTA Finals.

Sakkari, seeded fourth, will take on the winner of the late match between Marie Bouzkova and Anna Kalinskaya.

Sakkari will play in the WTA Finals for the second straight year. The 27-year-old from Greece advanced to the semifinals in Guadalajara a year ago.

Top-ranked Iga Swiatek and Ons Jabeur secured their berths with their efforts at the US Open, and Jessica Pegula arrived in Mexico after punching her ticket last week in San Diego.

The 33-year-old Azarenka, from Belarus, reached her first semifinal since last October, when she advanced to the final at Indian Wells.

« She’s a young player, but she’s had quite a few already experiences on the tour. I love watching Coco play, » Azarenka said. « I believe that she’s going to do great things in the sport. I feel like she just needs a little bit more to kind of take that one step forward. »

Azarenka, a former No. 1-ranked player in the world, will face off against third-seeded Jessica Pegula, who cruised to a 6-2, 6-2 win over former US Open Champion Sloane Stephens.

« I saw the stat that I have the most wins over the last two years », said Pegula, who is having a breakthrough season. « It´s awesome. When I was younger, I never thought that I could string two wins together, its going to be a special stat for the rest of my career. »