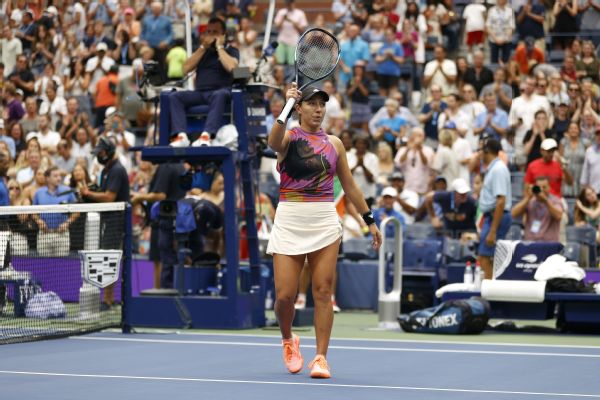 The 28-year-old American defeated four Grand Slam champions en route to her second career title and the first since 2019, when she won in Washington.

Sakkari was off her game after having to play against Marie Bouzkova earlier Sunday because their semifinal match Saturday night was postponed because of rain. The Greek player remained only around four hours between matches.

Sakkari, who on Friday secured the last berth for the WTA Finals in Texas, was trying to capture her first title since 2019.

Pegula, who now has a career-best 41 wins in 2022, qualified for the season-ending tournament last week in San Diego.

With her performance this week in Mexico, the American player will rise to a career-best No. 3 in the WTA rankings Monday. She is currently fifth.

The American got a double break early in the first set to take a 5-2 lead and then consolidated with her serve to dominate the set in just 27 minutes.

Pegula broke Sakkari’s first serve in the second set to take a 3-1 lead and then added two more breaks in the seventh and ninth games to finish the match.