MADONNA DI CAMPIGLIO, Italy — When it comes to the World Cup slalom on the steep and icy Canalone Miramonti course, Daniel Yule is a specialist.

The Swiss skier won the night race for the third time Thursday, surging up from fourth place after the opening run with a flawless second trip down.

Three of Yule’s five career wins have come in Campiglio, having also finished atop the podium in 2018 and 2020.

« I think I have a bit of a love story with Madonna, » Yule said. « The slope is amazing here and to be back on the top step after a few difficult seasons, it just feels amazing. »

Kristoffersen finished 0.08 seconds behind in second and new father Linus Strasser was third, 0.18 back.

Kristoffersen has finished on the podium in four of his six races this season but is still seeking his first win.

« We have to keep working but when you’re on the podium it’s not too bad, » Kristoffersen said.

Lucas Braathen, who led the opening run by nearly half a second, finished fourth after a conservative second run.

Loic Meillard, who was second in the opening run, straddled a gate midway down in his second run.

Johannes Strolz, the Austrian who took silver in last season’s Olympic slalom and gold in combined, was unfortunate to go out in the second run when he skied over a loose pole from a gate that was rolling down the hill. 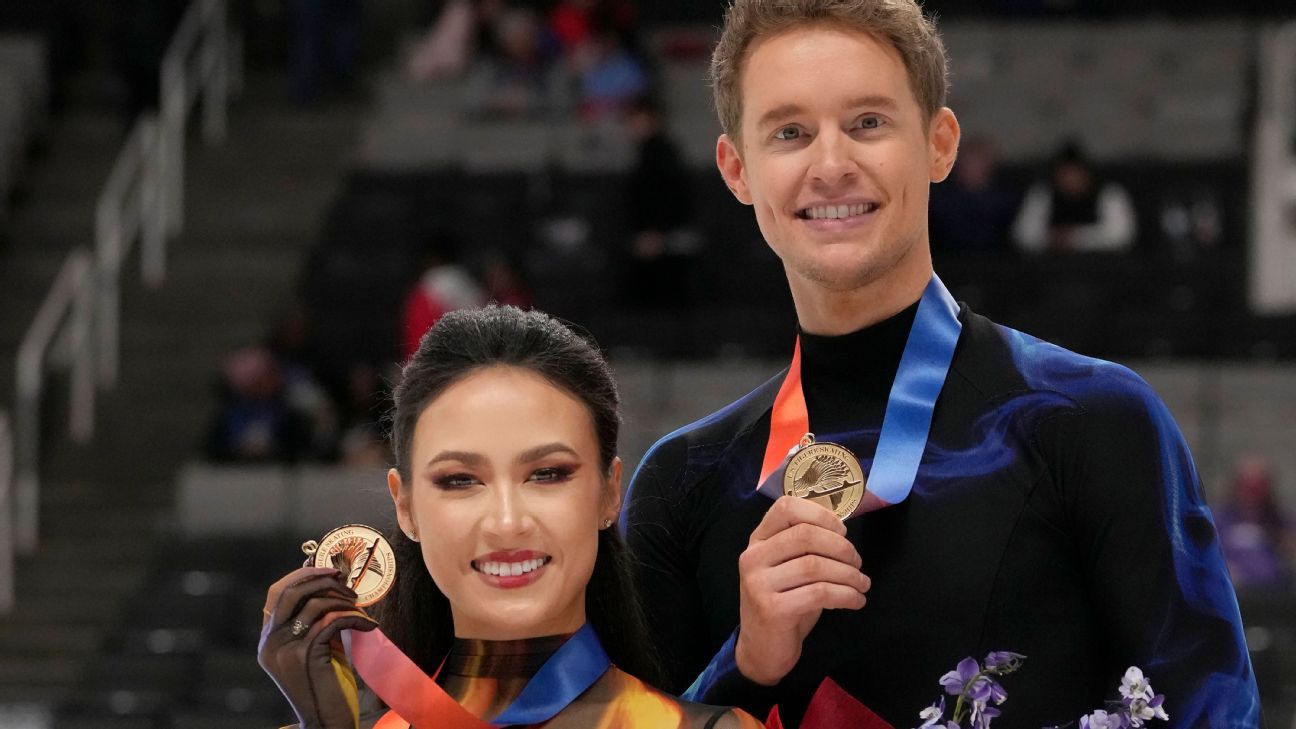