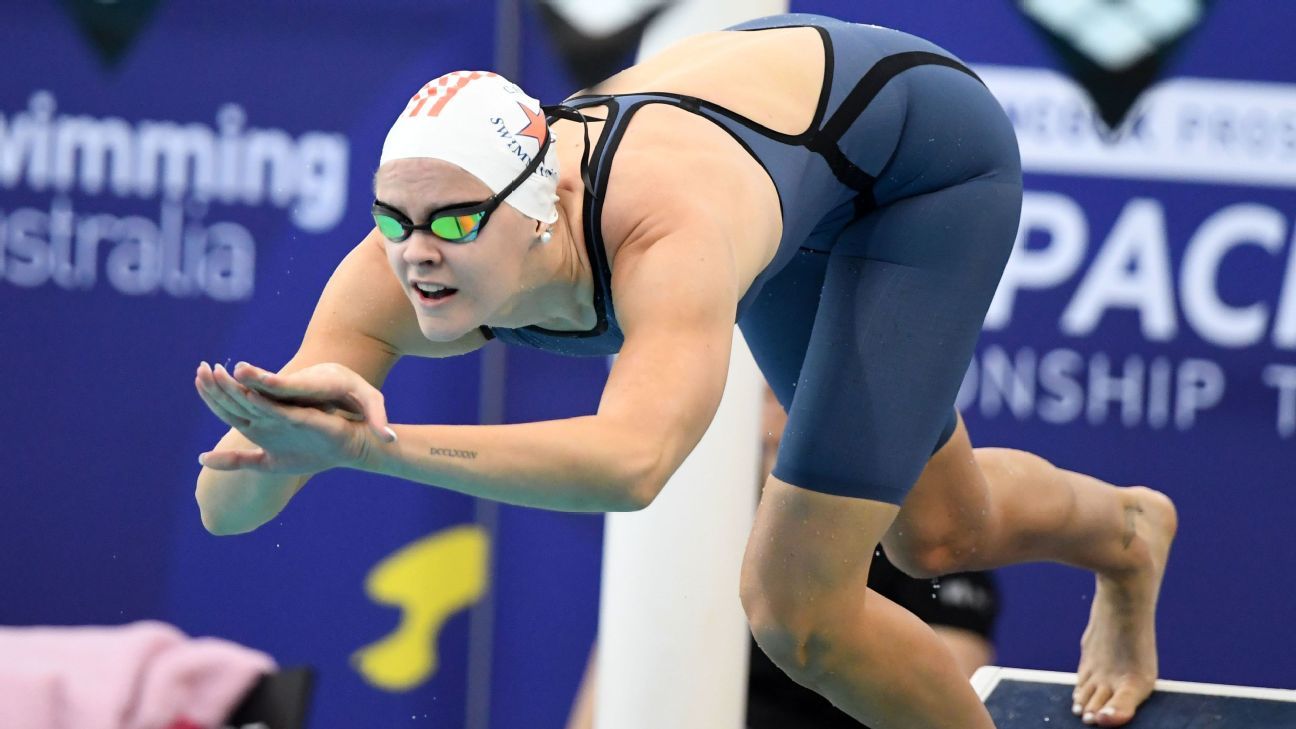 BUDAPEST, Hungary — Australian swimmer Shayna Jack has broken her hand in training and will miss the rest of the world swimming championships.

Jack broke her hand as she was warming up for Wednesday morning’s 100-meter freestyle heats.

The 23-year-old Jack previously helped Australia to gold in the women’s 4×100 freestyle relay Saturday and silver in the mixed 4×100 medley relay Tuesday.

Jack is just the latest high-profile swimmer to pull out of the competition. Hong Kong’s Siobhán Haughey, the Olympic silver medalist in the women’s 100, withdrew Monday due to an ankle injury.

Four-time Olympic medalist Chad Le Clos withdrew from the men’s competition Monday. The South African said on social media that he had been struggling with his breathing for the previous three weeks « since having multiple stints of bronchitis. »

American star Caeleb Dressel withdrew from the men’s 100 freestyle on medical grounds Tuesday. USA Swimming told The Associated Press on Wednesday there was no update yet on Dressel’s condition.

Australian basketball great Lauren Jackson, 41, ‘one of the luckiest people in the world,’ set to join the medal-seeking national team