Jeswin Aldrin, 21, won gold in the long jump with a mark of 8.20m — second in India’s all-time list only to Murali Sreeshankar. BP Manu, 22, won gold in the javelin with a throw of 82.46m – fourth in the Indian top list, behind only Olympic champion Neeraj Chopra, Olympian Shivpal Singh and World Championship finalist Devinder Kang.

This is what makes the marks so significant — it’s not just their age, and the fact that it is so early in the season (While separate jumps and throws events have been held earlier this month, neither athlete had participated in them). « The 8m barrier in the long jump and the 80m mark in the javelin is considered to be what separates good athletes from the elite level, » chief national coach Radhakrishnan Nair had said. These were elite marks, and then some.

For both Aldrin and Manu, their efforts on Sunday were (of course) personal bests and the first time either had crossed the 8m mark or the 80m barrier.

He is just 0.02m away from the World Championship qualifying mark! ��#CraftingVictory ���� #Athletics pic.twitter.com/VIAcCVQVh0

Of the two, Aldrin had been expected to cross the benchmark in his event first. Last year, he had jumped 7.97m at the South Zone U-20 championships. He had also seemed to cross the 8m mark at the Indian U-23 championships in September but that attempt was later ruled to be a foul. In Thiruvananthapuram, though, he found the board perfectly. He crossed the 8m mark with his third attempt (8.09m) before improving that to 8.11 in his next attempt and then making the giant leap of 8.20m in his final jump.

Manu, who is coached by Kashinath Naik, the former coach of Neeraj Chopra, has made significant progress. In his first year of senior competition he only had a best throw of 67.28m. He’s rarely stood out at a major competition – his best throw prior to Sunday was 76.30m, a distance that was good only for 5th place at last year’s Federation Cup. On Sunday though, he was clearly the superior man on the field. He started with a personal best of 77.75m, crossed the 80m barrier with a throw of 81.19 in his third attempt before improving to 82.43 in his penultimate attempt.

It remains to be seen just whether these efforts are sustainable over the course of the year. The two youngsters know what will matter is if they have can replicate it at the Commonwealth and Asian Games – both events they have qualified for with Sunday’s performance. 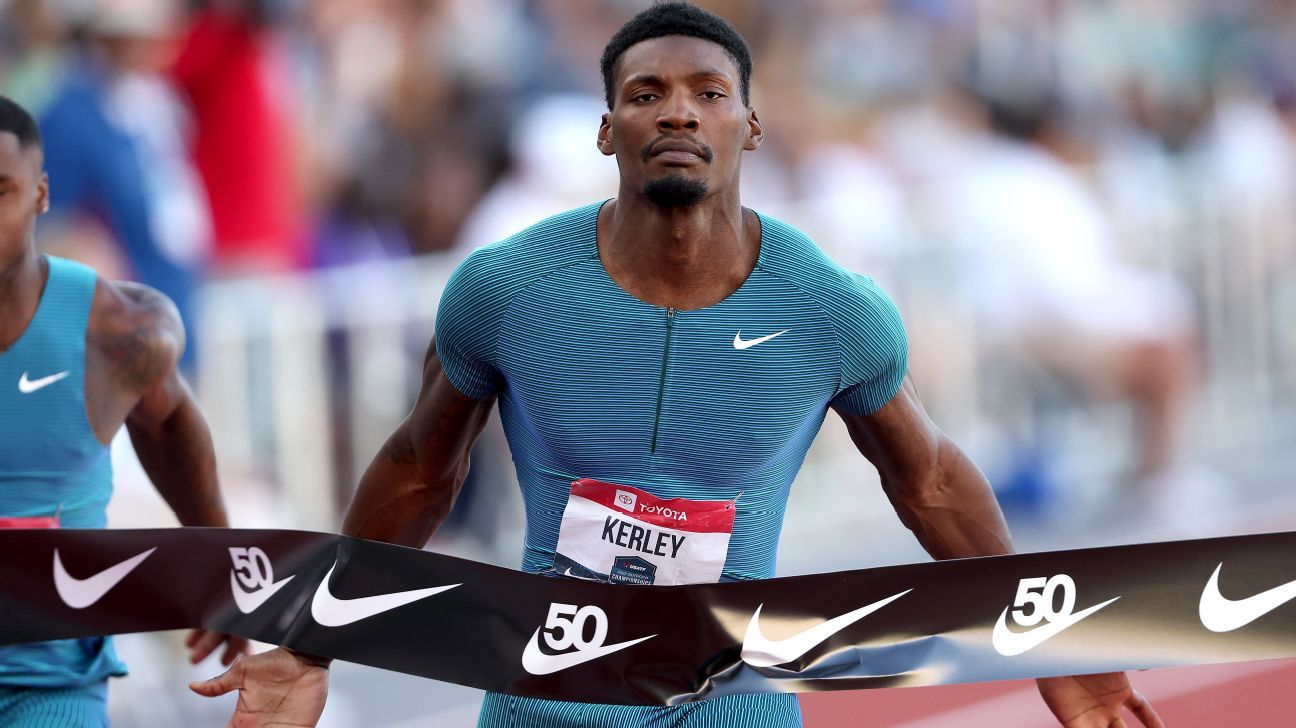 Lindsey Vonn urges athletes to use platform for good, ‘especially today’ during Hall of Fame induction