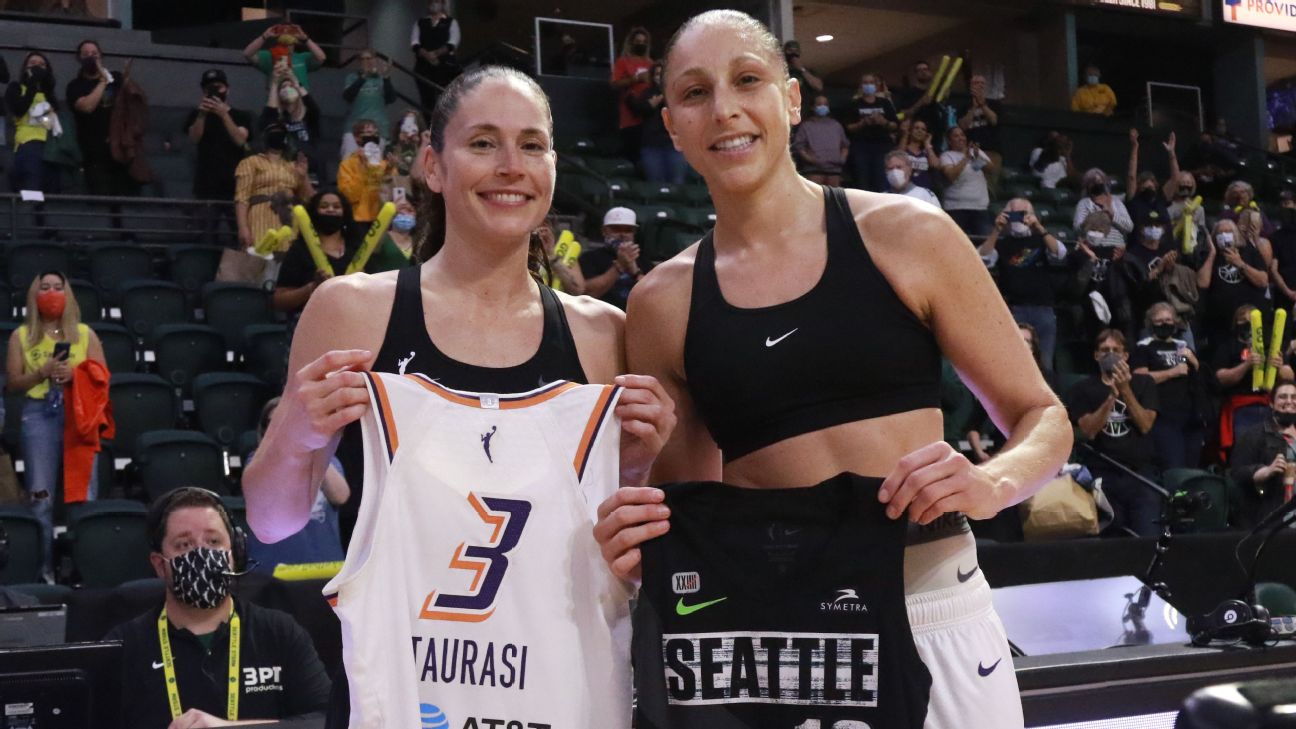 Sue Bird and Diana Taurasi have been linked for more than two decades, playing together at UConn and then helping the US Olympic women’s basketball team win five gold medals.

Now the basketball greats will appear on the cover of the NBA 2K23 WNBA edition video game that will be released on Sept. 9.

It’s the second straight year that the video game will feature a WNBA athlete on one of its covers; Candace Parker was on it last year.

« The response to NBA 2K’s first WNBA Edition last year was overwhelmingly positive and a testament to the W’s growing audience and prominence, » said Alfie Brody, vice president of global marketing strategy at 2K. « Sue Bird and Diana Taurasi have achieved greatness both individually and together, cementing their status as two of the best players in the WNBA’s history. »

Bird and Taurasi said they played video games a bit when they were younger, but there were no woman basketball players on the games.

« You know you have all these little girls playing basketball, and they can actually start gaming now with, you know, hopefully, two of their favorite players on the cover, » Taurasi said. « It just shows you how far gaming and women’s basketball has come. »

Bird feels that being on the cover and having WNBA players in the video game will help normalize the presence of woman athletes in the lives of both boys and girls.

« Whether it’s girls or boys, whether it’s women, men, it doesn’t really matter, and that’s the beauty of it, » Bird said. « It’s just becoming like a normal part of this ecosystem that is professional sports, and gaming is a big part of that ecosystem, so to be involved in it now, it’s just going to continue to push things forward and just open up more doors and open up more minds. »

NBA 2K is also partnering with the WNBA stars to donate $100,000 to Every Kid Sports, giving young people the opportunity to join youth basketball programs across the country. The donation will cover the registration fees of over 550 girls from income-restricted families.