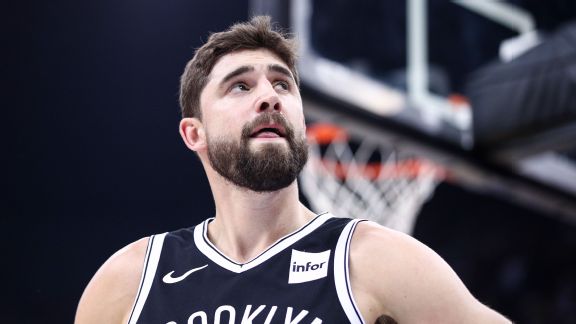 NEW YORK — Brooklyn Nets guard Joe Harris will make his season debut Friday night against the Toronto Raptors after missing the season opener and most of the preseason because of left foot soreness.

« I am going to play tonight, » Harris said after Friday’s shootaround. « I’m excited. I wanted to try and play the first game but just wasn’t quite where I was supposed to be performing — needed just a little bit more time, but I feel good right now and I’m excited to play tonight. »

For Harris, this debut is extra special given he played only 14 games last season while dealing with lingering left ankle problems. Harris underwent several ankle procedures to try and correct the injury after getting hurt in a Nov. 14, 2021, win over the Oklahoma City Thunder. After the initial surgery in November didn’t get him back on the floor, Harris underwent reconstructive ankle surgery in March and has been rehabbing since.

Harris, 31, has reiterated that he was told by his doctor that he might have soreness in other parts of his body as his ankle reacclimates to the grind of a long NBA season.

« Obviously, I dealt with foot soreness, » Harris said. « But at some point, I’m probably going to be dealing with back or knee or whatever it is. It’s just going to be one of things you manage throughout the season. »

The veteran guard is sure how many minutes he will get initially, but the Nets are glad he’s back and that he will be able to help space the floor.

« It’s obviously going to open up the floor, » Nets guard Patty Mills said. « Give driving lane opportunities for our main guys. But I think just for him, I think seeing what he went through last year and being close to him, it’s almost like a feel-good thing to have him back out there in a regular- season game again. I know he’s been through a lot; he’s handled it like an absolute champ, so hopefully he can stay healthy, we can keep him out there. »