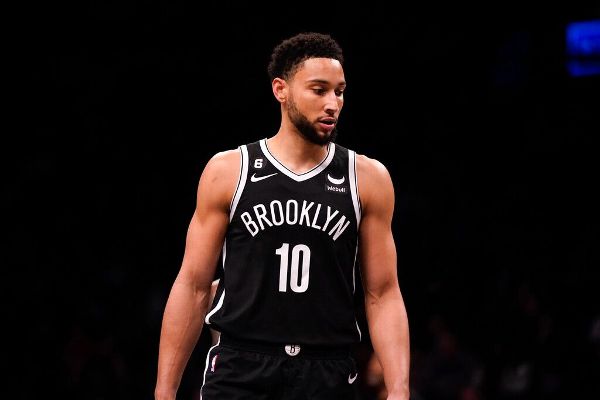 Wednesday’s contest will mark the seventh game that Simmons has missed this season because of the ongoing knee problem. He left Monday’s win over the Orlando Magic in the first half after experiencing some discomfort in the knee again.

Nets coach Jacque Vaughn initially said that Simmons would be « day-to-day » and the Nets were hopeful that the 26-year-old would not have to miss too much time.

« We’ve got to play smaller, he’s one of our bigs out there, » Nets star Kevin Durant said after the game, when asked what changes most without Simmons on the floor. « So I thought coach did a good job of trying to pick out the small lineup on the fly. We got to play a little faster and I think we all got to do a good job of gang rebounding, doing the little stuff when he’s not out there. »

Vaughn did not think Simmons’ latest knee setback is related to his back surgery over the summer.

« His cumulative load as that begins to add up, it’s really stretching him sometimes the amount of games we’ve just had with the minutes that he’s played pretty high going into [Monday’s] game. »

Watanabe remains out because of a right hamstring strain and it remains unclear when he’ll be able to return. Watanabe, who has not played since a Nov. 20 win over the Memphis Grizzlies, had another MRI on the hamstring prior to Monday’s game, but the results have not been disclosed yet.