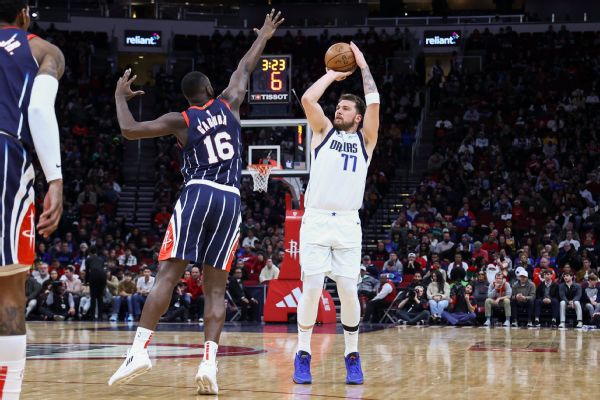 HOUSTON — Luka Doncic scored a season-high 50 points, including 17 in the fourth quarter, and the Dallas Mavericks held on to beat the Houston Rockets 112-106 on Friday night.

« Sometimes you know you’re going to make more shots than usual, » Doncic said. « When you feel hot, you feel like everything will go in. »

« Luka is Luka, » Kidd said. « He’s the best player in the world. He showed that tonight, carrying the load offensively. … I don’t know what else to say about him. He was incredible tonight. »

Houston coach Stephen Silas said Houston’s defensive game plan was good, but there was « just too much Luka. »

« I’m not sure that he made an easy shot, » Silas said. « We made every shot hard, and that’s the greatness of a great player. … That’s what Luka does. »

After Bertans hit a 3 to up the lead to four, Smith cut the lead to two with a jumper with a 1 ½ minutes remaining. The two teams traded turnovers and missed shots before Doncic nailed a 3-pointer with 18 seconds left to give the Mavs a five-point lead.

« We swing the ball, and Tim (Hardaway Jr.) redrives it from the corner and finds Luka wide open, » Kidd said of Doncic’s 3 to seal the win. « Luka does the rest. When you’re hot like that, sometimes you don’t have to move the ball. Someone else did all the work for him, and the ball found him. »