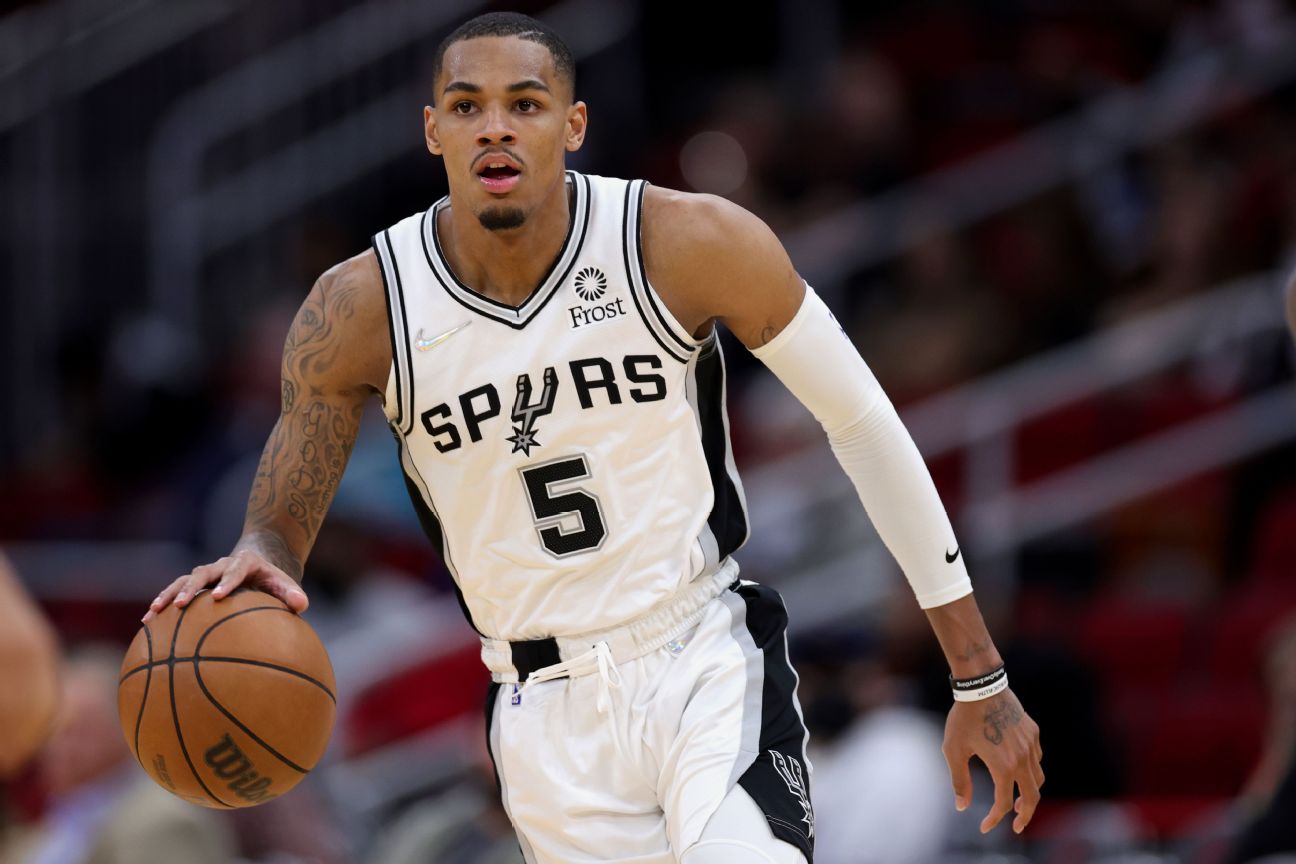 The Hawks are sending a 2023 first-round pick via the Charlotte Hornets plus their own 2025 and 2027 first-round picks to the Spurs in the deal, sources told Wojnarowski. The deal also includes a pick swap in 2026, the sources said.

The 2025 and ’27 first-rounders are unprotected, a league source told ESPN’s Zach Lowe.

The trade gives the Hawks a formidable backcourt with Murray joining All-NBA guard Trae Young. Per Elias Sports Bureau, they will be the first pair of teammates in NBA history who each averaged 20 points and 8 assists per game in the previous season.

Hawks principal owner Tony Ressler said in May that the team wouldn’t repeat the « mistake » of complacency that he believes set the stage for this season’s disappointing first-round exit from the playoffs.

The Hawks returned a young core from the team that was eliminated by the Milwaukee Bucks in the Eastern Conference finals two seasons ago. Ressler said he believed the team would improve just based on experience.

« We thought we’d be better this season, » Ressler said. « We plan to get better this offseason. »

Instead, the Hawks escaped the play-in tournament with the No. 8 seed before losing to the Miami Heat in five games in the opening round of the playoffs.

Murray, 25, averaged a career-best 21.1 points, 9.2 assists, 8.3 rebounds and 2.0 steals last season, earning All-Star honors for the first time in his career. He had 13 triple-doubles, setting the single-season franchise record for the Spurs, according to ESPN Stats & Information research.

He is scheduled to make $16.6 million next season and will be an unrestricted free agent in 2024.

ESPN’s Bobby Marks and The Associated Press contributed to this report.