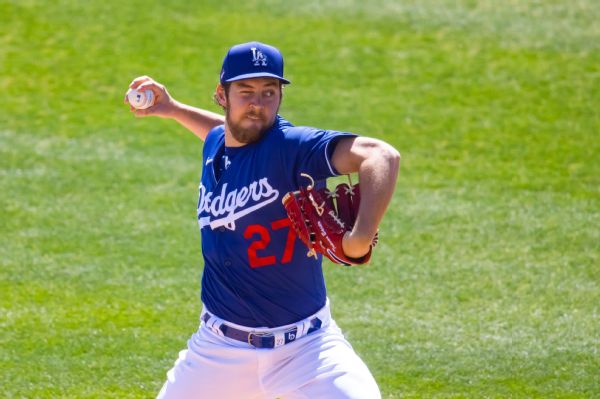 Trevor Bauer became a free agent Friday when he went unclaimed on waivers, leaving the Los Angeles Dodgers responsible for about $22.5 million owed to the former Cy Young Award winner whose unprecedented 324-game suspension over sexual misconduct allegations was reduced by an arbitrator.

Los Angeles designated Bauer for assignment on Jan. 6, the last day to restore him to the roster, after arbitrator Martin Scheinman cut the suspension imposed by MLB commissioner Rob Manfred from 324 to 194 games. The Dodgers placed Bauer on waivers Thursday.

Bauer, who will turn 32 on Tuesday, hasn’t pitched since he first faced sexual assault allegations in the middle of the 2021 season.

On June 29, 2021, a then-27-year-old San Diego woman filed a request for a domestic violence restraining order in which she alleged that Bauer assaulted her over the course of two sexual encounters at his home in Pasadena, California, in April and May 2021. The accusation prompted a prolonged MLB investigation that left Bauer on administrative leave for the remainder of that season.

Bauer, who has denied wrongdoing at every turn, claimed two legal victories in the aftermath, first when a Los Angeles judge dismissed the woman’s request for a permanent restraining order in August 2021 and then when the LA District Attorney’s Office declined to file criminal charges in February 2022.

But two other women made similar allegations to The Washington Post, and MLB subsequently acted with unprecedented force.

The players’ association filed a grievance on Bauer’s behalf, and a three-man panel headed by Scheinman concluded Bauer violated MLB’s policy and docked his pay for the first 50 games of 2023, covering part of the period the pitcher was on paid leave in 2021 and 2022.

Bauer joined his hometown Dodgers before the 2021 season and was 8-5 with a 2.59 ERA in 17 starts before being placed on leave.

ESPN’s Alden Gonzalez and The Associated Press contributed to this report.