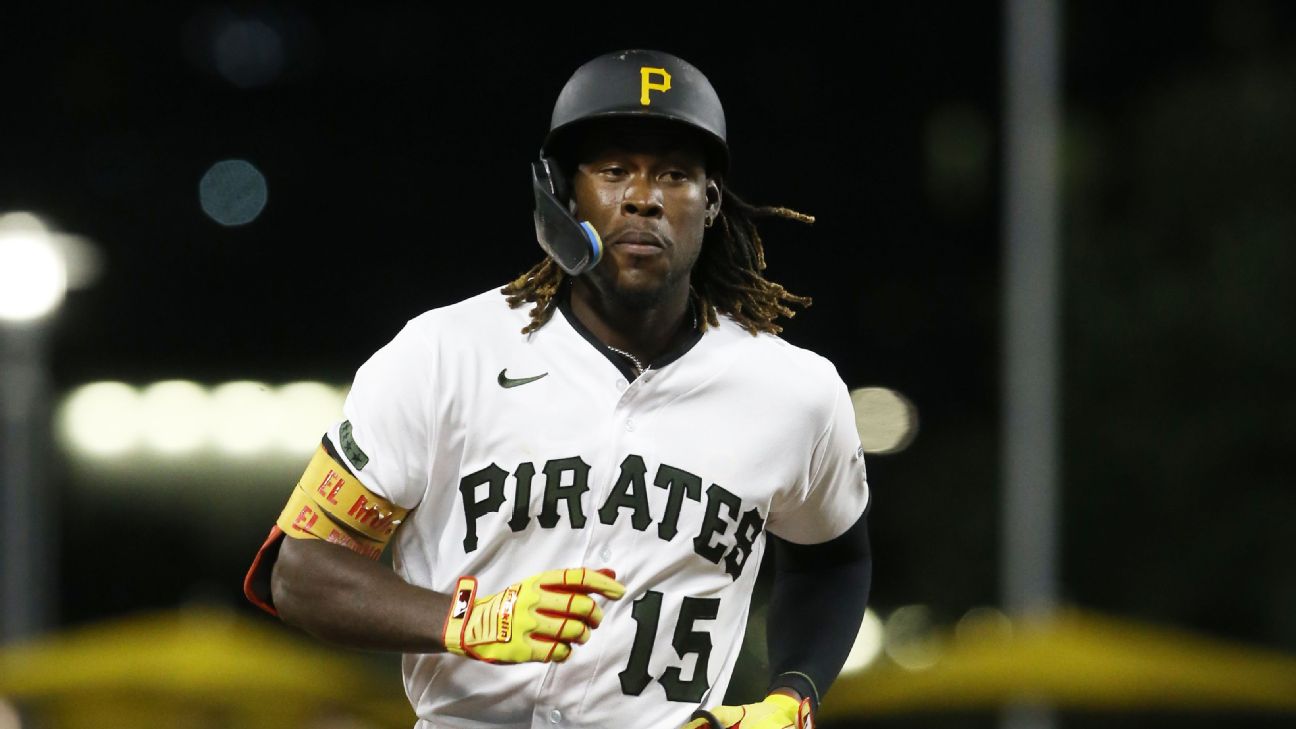 Pittsburgh Pirates rookie shortstop Oneil Cruz ripped a line drive Wednesday with an exit velocity of 122.4 miles per hour, the hardest-hit batted ball in a Major League Baseball game during the Statcast era.

Batting with two outs in the bottom of the third inning, the 6-foot-7 Cruz rocketed a first-pitch fastball from Braves right-hander Kyle Wright high off the right field wall at Pittsburgh’s PNC Park.

The liner was hit so hard that Cruz was limited to a single by Braves right fielder Ronald Acuna Jr., who quickly recovered the ball and relayed it back to the infield.

It was the 17th batted ball with an exit velocity of at least 120 mph since Statcast began tracking batted balls in 2015. Fourteen of the previous 16 were hit by Yankees slugger Giancarlo Stanton, whose 122.2 mph double-play grounder last August had been MLB’s hardest -hit ball before Cruz’s shot Wednesday.

Cruz, 23, has been a bright spot in an otherwise disappointing season for the last-place Pirates, frequently wowing fans with his power at the plate and strong throwing arm.

The lefty slugger has hit two balls with exit velocities of at least 118 mph since being promoted to the Pirates last October, and his 97.8 mph throw from shortstop last month was the fastest infield assist in the Statcast era.