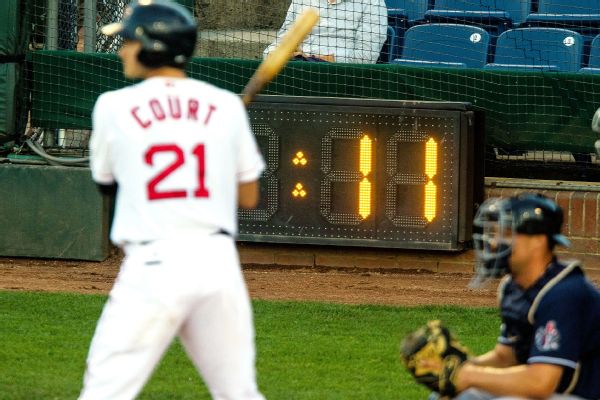 NEW YORK — — Use of pitch clocks cut the average time of minor league games by 25 minutes this year, a reduction Major League Baseball hopes is replicated when the devices are installed in the big leagues next season.

The average time of minor league games dropped to 2 hours, 38 minutes in the season that ended Wednesday, according to the commissioner’s office. That was down from 3:03 during the 2021 season.

MLB announced on Sept. 9 that clocks will be introduced in the major leagues next year at 15 seconds with no runners and 20 seconds with runners, a decision opposed by the players’ association.

Pitchers are penalized a ball for violating the clock. In the minors, violations decreased from an average of 1.73 per game in the second week to 0.41 in week 24.

There will be a limit of two pickoff attempts or stepoffs per plate appearance, a rule that also was part of the minor league experiment this season. A third pickoff throw that is not successful would result in a balk.

Many offensive measurements were relatively stable: runs per team per game increased to 5.13 from 5.11 and batting average to .249 from .247.