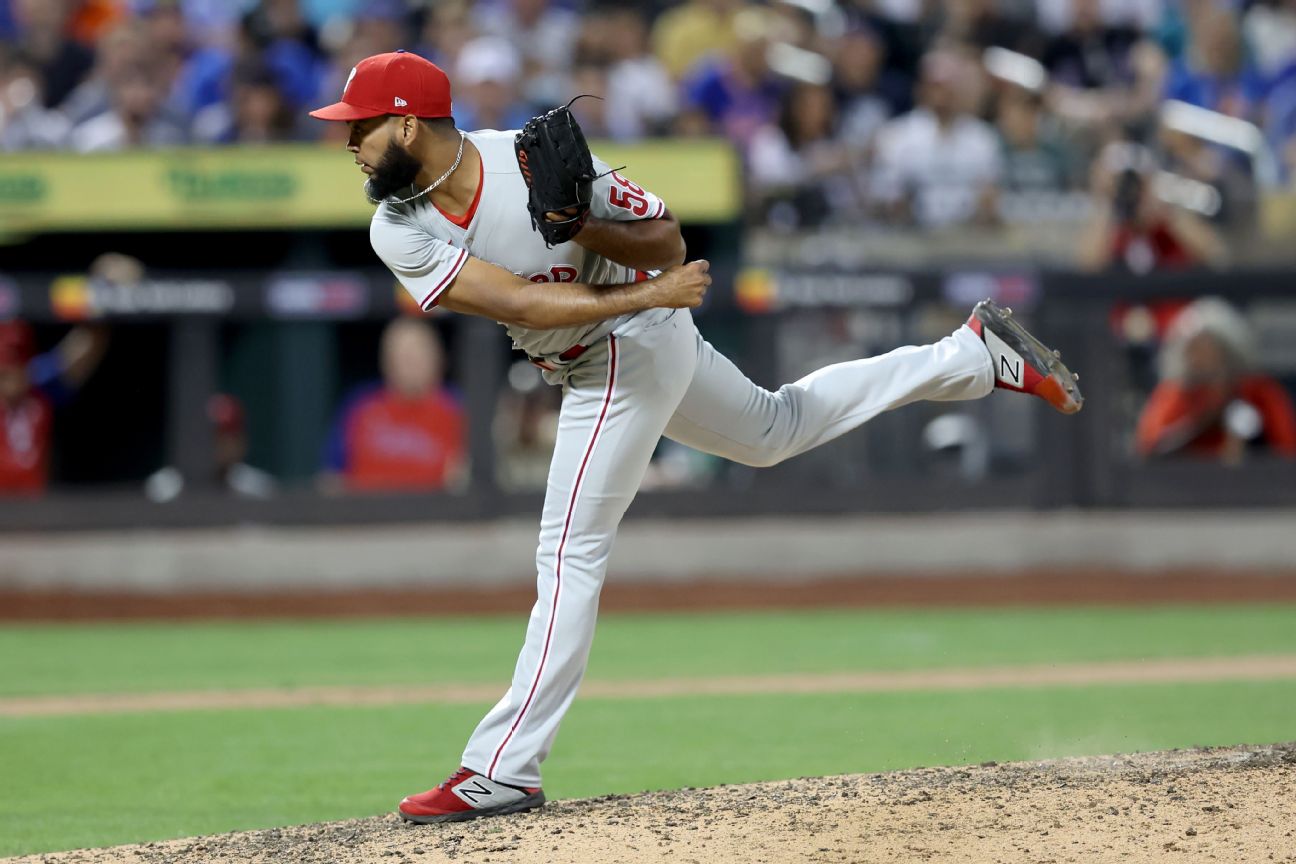 The Philadelphia Phillies placed closer Seranthony Dominguez on the 15-day injured list because of tendinitis in his right triceps. He is undergoing an MRI on Sunday.

Dominguez was held out of Saturday’s doubleheader against the New York Mets after experiencing tightness in his right triceps in the morning and last pitched on Wednesday. The move was made retroactive to Thursday.

« I take it seriously, » Dominguez said Saturday. « I have to take care of my arm. It’s the only way I can compete. »

Dominguez, who has been an anchor at the back end of Philadelphia’s bullpen, returned this season after a recovery period of more than two years following elbow issues and Tommy John surgery. He replaced Corey Knebel as the Phillies’ closer midway through this season and is 6-4 with nine saves and a 1.64 ERA in 44 innings.

Knebel, meanwhile, was transferred to the 60-day IL and will miss the remainder of the season. Manager Rob Thomson told reporters that Knebel, who signed with the Phillies in free agency before this season, has a tear in the capsule of his right shoulder. Knebel finishes the 2022 season 3-5 with 12 saves and a 3.43 ERA over 44⅔ innings pitched.

The Phillies acquired David Robertson before the trade deadline, giving them a closer now to cover them during Dominguez’s absence. He has three saves and hasn’t allowed a run in eight innings since joining the Phillies.