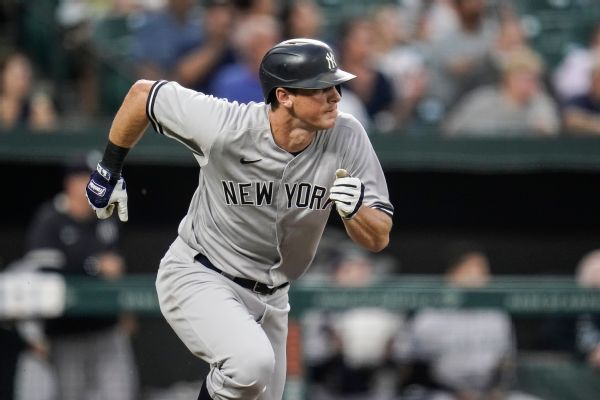 BOSTON — New York Yankees second baseman DJ LeMahieu has been dealing with a right big toe issue over the last few days and will get an MRI in New York on Monday.

LeMahieu was a late scratch from the Yankees lineup on Sunday ahead of their 3-0 loss to the Red Sox. After the game, LeMahieu said he had a cortisone shot over the All-Star break to help alleviate the issue but that it’s been « kind of creeping up a little bit » again.

« I’m not concerned, » LeMahieu said, noting that he expects to be in the lineup against the Rays on Monday. « It’s just one of those things that pops up throughout the year for probably everybody. »

« He’s been one of our best hitters, he gets everything started for us there at the top of the order, » Aaron Judge said of LeMahieu. « Hopefully it’s something minor and we get him back out there soon. »

LeMahieu is the latest Yankee dealing with injuries, on top of designated hitter Giancarlo Stanton, who has been dealing with an Achilles injury, outfielder Matt Carpenter, who has a broken foot, and pitcher Luis Severino, who is inching closer to a mid-September return from right shoulder tightness.