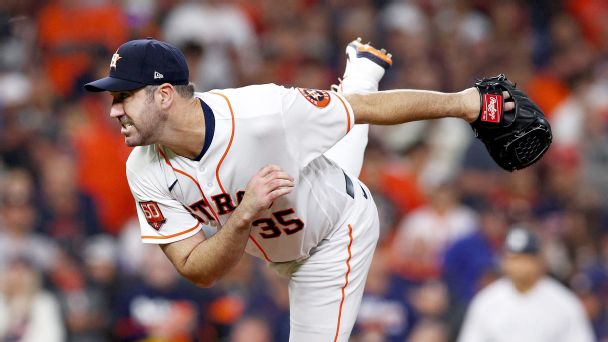 When Jacob deGrom jumped to the Texas Rangers last week, it seemed certain that the New York Mets would move quickly to respond. There are only so many options at that stratosphere of the free agent market and with the uncertainty over whether or not deGrom would return to Flushing gone, there was suddenly nothing to hold GM Billy Eppler and owner Steve Cohen back. And sure enough, Justin Verlander is now a Met after agreeing to a two-year, $86 million deal on Monday.

To call this aggressive signing would be a bit of an understatement. Just to cite one projection: ESPN’s Kiley McDaniel saw Verlander getting two years, but for $36 million in average annual value. The pitching market overall has yielded higher values ​​than most of us foresaw. But Verlander matching the AAV record the Mets gave Verlander’s once and future teammate, Max Scherzer, just last year is quite a statement.

So now the Mets will be pushing the $300 million level in payroll in 2023 once the final roster is put together. And over the next two seasons, they will be paying two pitchers nearly $87 million per season. According to Cot’s Contracts, that’s more than the total opening day payroll of eight different teams going into last season.