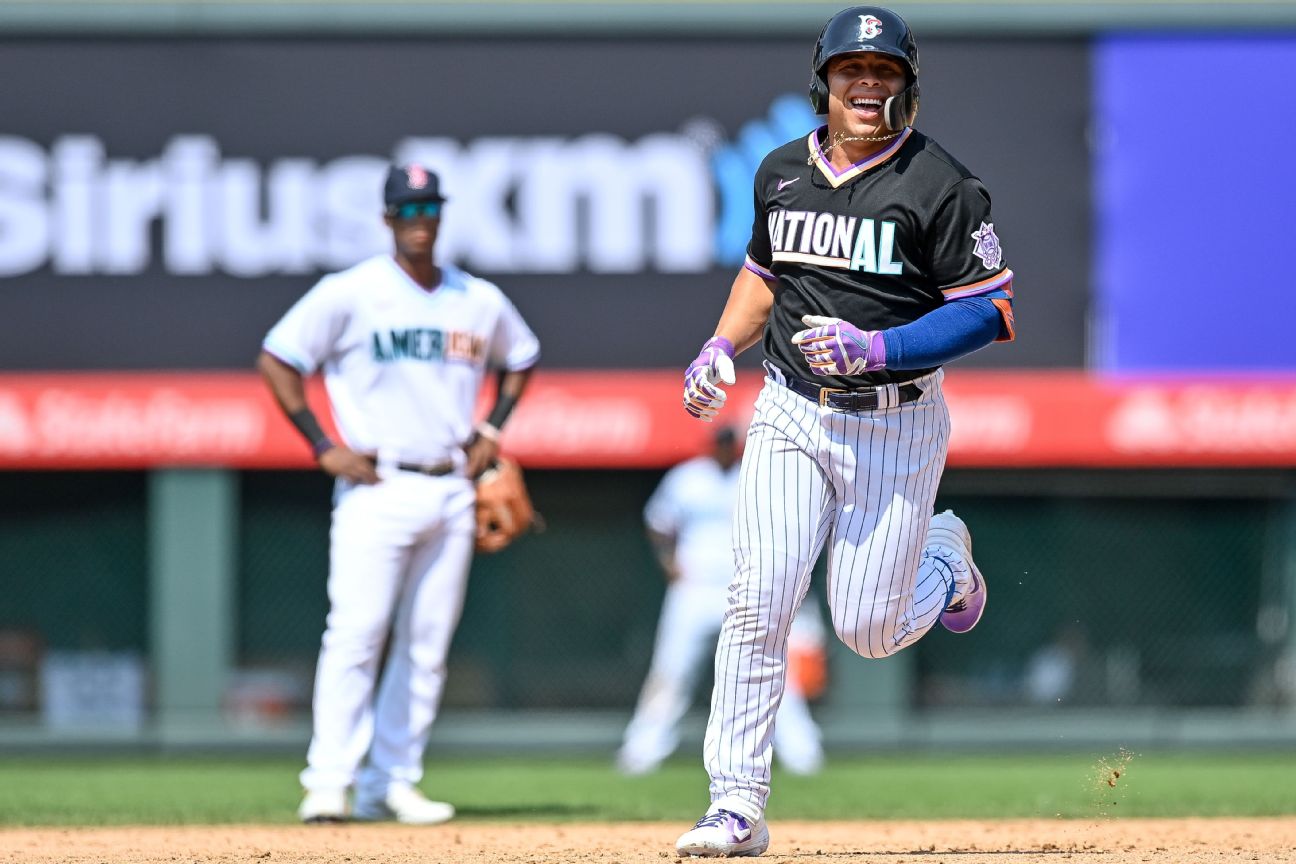 Alvarez, the No. 9 prospect on ESPN’s preseason top 100 list, is hitting .272/.364/.540 with 18 home runs and received a promotion to Triple-A earlier this week after bashing several mammoth home runs for Double-A Binghamton .

Mets fans are calling for his promotion to the majors given that the team’s catchers are hitting just .195 with two home runs. While installing a rookie at catcher on a first-place team in the middle of the season is unlikely, the Mets could also use Alvarez at designated hitter, where JD Davis and Dom Smith have delivered subpar production.

With many of the preseason’s top prospects already in the majors — including Julio Rodriguez, Bobby Witt Jr., Adley Rutschman and Riley Greene — Alvarez has ascended to ESPN’s top spot of those still in the minors.

The overall top performer in the minors so far might be Orioles shortstop Gunnar Henderson, who is hitting .298/.429/.548 with 13 home runs and 15 steals between Double-A and Triple-A and has made a huge leap from his preseason ranking of No. 96.

Other top prospects to watch in the game, to be played on July 16 at 7 pm ET, include Cardinals power-hitting third baseman Jordan Walker; Pirates catcher Henry Davis, the No. 1 overall pick in the 2021 draft; and Rangers right-hander Jack Leiter, the No. 2 in last year’s draft.

The game will be divided into American League and National League rosters.