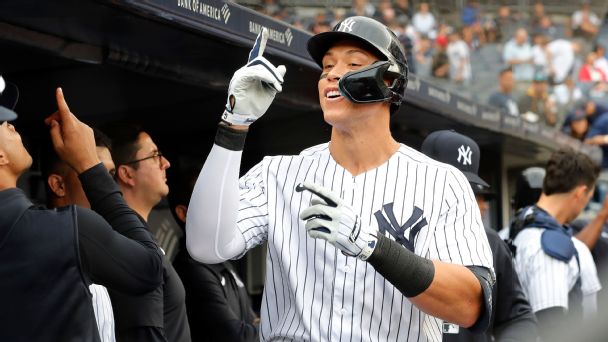 SAN DIEGO — The New York Yankees are baseball’s flagship franchise and have been since the 1920s. You don’t have to be a fan of theirs to believe that. You only have to look at the championships, the names on the plaques at Cooperstown, the merchandise sales and so much else.

That isn’t to say the Yankees are the only team that matters, but it’s important to keep their stature in mind when thinking about how to assess the news that Aaron Judge has agreed to a nine-year, $360 million deal to spend his 30s giving pinstripes in the Bronx.

Judge certainly had reasons to jump ship, perhaps to the San Francisco Giants, whom he watched while growing up in California and who made an aggressive run to sign him. Those reasons would have been personal and entirely a matter of Judge and his prerogatives. But from an outside perspective, the Yankees made the most sense for him all along.

Why? Because they are the Yankees. In other words, if this franchise, the only one for which Judge has played, was willing to meet the market to retain him, it would have been surprising, even shocking, if he had ended up elsewhere. If the biggest team has the game’s biggest star and wants to keep him, then all things being equal, that’s exactly what we would expect to happen.