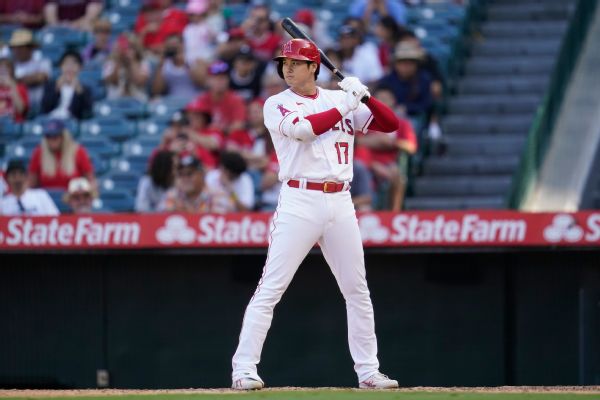 The Los Angeles Angels’ two-way slugger won the Edgar Martinez Outstanding Designated Hitter Award on Monday, beating out Houston’s Yordan Alvarez as the top player at the position in 2022.

Ohtani, who won the AL MVP award unanimously in 2021 and finished second in the MVP voting this season, is the first player to win the designated hitter trophy in back-to-back years since David Ortiz won it five straight times from 2003-07 .

Ohtani batted .273 with 34 homers, 95 RBIs, 11 stolen bases and a .875 OPS that was good for 10th in the majors. He led all designated hitters with at least 100 at-bats in hits, runs, total bases, triples, homers, RBIs and walks, while his six multi-homer games tied Troy Glaus’ franchise record with the Angels. Ohtani also had an 18-game hitting streak during the season.

Alvarez finished second in the voting after an outstanding offensive season with the World Series champion Houston Astros, but the Cuban slugger played only 77 games as a DH. He finished third in the AL MVP voting behind the Yankees’ Aaron Judge and Ohtani.

Ohtani is the 11th player to be named the majors’ top designated hitter multiple times during the award’s 49 years of existence. He is the only Japanese player and the only Angels player to win it.

The winner is chosen by a panel of 100 media members and public relations employees.