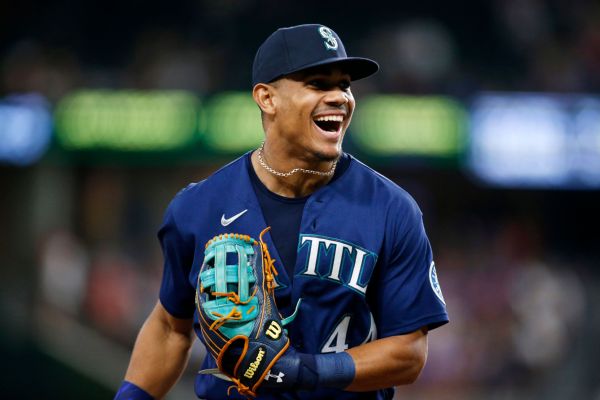 ARLINGTON, Texas — Star rookie Julio Rodriguez got two hits in his return to the Seattle lineup and the Mariners took over the first wild-card position in the American League by beating the Texas Rangers 6-2 on Friday night.

The 21-year-old Rodriguez, who put on an impressive show in the All-Star Home Run Derby, had missed the Mariners’ previous 11 games with a wrist injury.

Rodriguez hits a tiebreaking, opposite-field single to shallow right with the bases loaded in the fourth inning. He was the first batter to face Jose Leclerc, who relieved Taylor Hearn.

Rodriguez hit a grand slam off Leclerc at Globe Life Field on July 15.

« I just felt good, » Rodriguez said. « I just went out there and competed. I wasn’t worried about anything. »

Rodriguez also sent 400-foot shot nearly over the left-field foul pole in the sixth that was ruled foul, even after a Seattle challenge.

George Kirby (4-3) allowed two runs in 5⅔ innings on seven hits with five strikeouts and one walk. It was the rookie’s second straight win.

The victory, combined with Toronto’s loss to Cleveland, gave the Mariners a half-game lead over the Blue Jays.

The Mariners are a season-best 10 games over .500 and are 12-2 with nine consecutive wins this season against the Rangers, who dropped to a season-low 14 games under .500.