CHICAGO — When White Sox shortstop Tim Anderson and new second baseman Josh Harrison take the field together on Jackie Robinson Day on Friday, they will be the only Black double-play combination in baseball.

« You don’t see that every day, » Anderson said recently. « There’s a lot of young kids that look up to us on the South Side. I think it’s only right to live our story through baseball and play the way that we do. »

Just 7.2% of the players on MLB Opening Day rosters this season were Black, down from the 7.6% in 2021. That percentage has fallen consistently since MLB’s all-time high of 18.7% in 1981, according to the Society of American Baseball Research.

So on Chicago’s South Side, where the White Sox stadium is located, Anderson and Harrison have a goal: Show kids that baseball can be cool.

« I’m very aware of what comes with the things I do, » Anderson said. « There’s a lot of kids watching. I want to make sure I leave the right message for them, also lead them in the right direction. »

Anderson is known for the passion he plays with on the field and was an early advocate for bat flips. Harrison, who joined the White Sox after spending 2021 with the Nationals and A’s, has a motor that goes all the time. In back-to-back at-bats on opening weekend in Detroit, he hit a triple and then a double in spacious Comerica Park. He popped up off the bag with excitement each time.

Both players view such outward emotion as a way to connect with young fans on a White Sox team aiming to defend its 2021 AL Central crown after winning 93 games with one of the sport’s most dynamic rosters a season ago.

« When more people are tuning into games and seeing people that represent them playing with a flair and energy, it has a heavy influence, » said Ken Williams, the White Sox executive vice president and one of just four people of color currently running a major league team.

Representation for Anderson comes in seeing players doing the kind of things that brought him to baseball after growing up focusing on basketball in Tuscaloosa, Alabama. Harrison’s roots in the game run deep. His uncle, John Shelby, played a decade in the majors while his brother, Vince, did the same in the minors.

« It makes a difference, » Harrison said. « Having someone you recognize that’s lived it. »

Not everyone has a family of professional baseball players to look up to, but both Harrison and Anderson pointed to the importance of days like Friday, when every MLB player will wear the No. 42 on the 75th anniversary of Robinson breaking the sport’s color barrier. Celebrations such as this one provide an opportunity for young fans to both learn about the history of the game and to envision themselves as a part of its future — especially important to both players when it comes to underrepresented communities.

« Jackie Robinson Day is something I don’t take lightly, » Harrison said. « All of us should be thanking him. »

Who is the greatest baseball player ever? We ranked the 100 best to ever take the diamond.

For Anderson, it’s long been about more than this one day. During his seven seasons with the White Sox, he has focused on teaching a new generation about the contributions of Black baseball stars and creating new opportunities for young fans in Chicago.

He started a charitable foundation called Anderson’s League of Leaders with a mission to build leadership characteristics in youth who are affected by violence. In 2018, during a series against the Royals, Anderson took a group of young Chicagoans to the Negro Leagues Baseball Museum in Kansas City; the next year, he did the same at the National Center for Civil and Human Rights in Atlanta. In 2020, Anderson posted photos from Chicago to his Instagram while attending protests following George Floyd’s death.

« I’ve been tapping into the community since I came up, » he said of his early career decision to get involved in Chicago’s South Side.

There’s synergy between the two infielders and the team whose uniform they both now wear. Fostering diversity in baseball is also a priority for the White Sox franchise.

In 2007, it established a program called Amateur City Elite, which has provided over 230 scholarships since its inception. Its stated goals are to reverse the declining interest in baseball among Black players, gain exposure for young ballplayers in underserved communities among college recruiters and scouts and create a program that prepares each participant to succeed in life beyond the diamond.

« There’s no question in our ACE program, they see themselves in Tim Anderson, » Williams said. « And will see themselves in Josh, especially in how fun both make the game. They can point to one of them and say ‘I can be one of those guys.' » 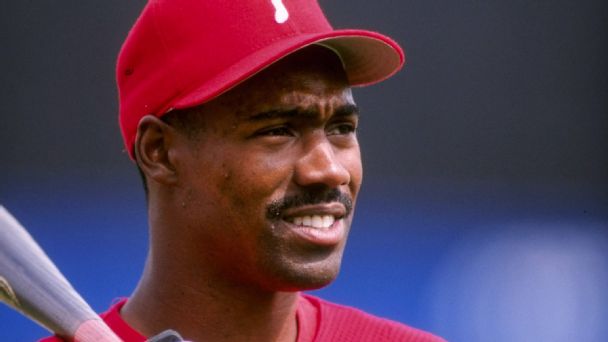 Being a Black father is why I can’t and won’t be an MLB manager right now. Doug Glanville »

« I think African American people will really appreciate it, » Anderson said. « What are the chances of that happening? Two Black guys being the everyday up the middle combo.

« It’s definitely dope and definitely cool for younger kids to see that. »