Familiar foes Syndergaard, Verlander to square off in Game 5 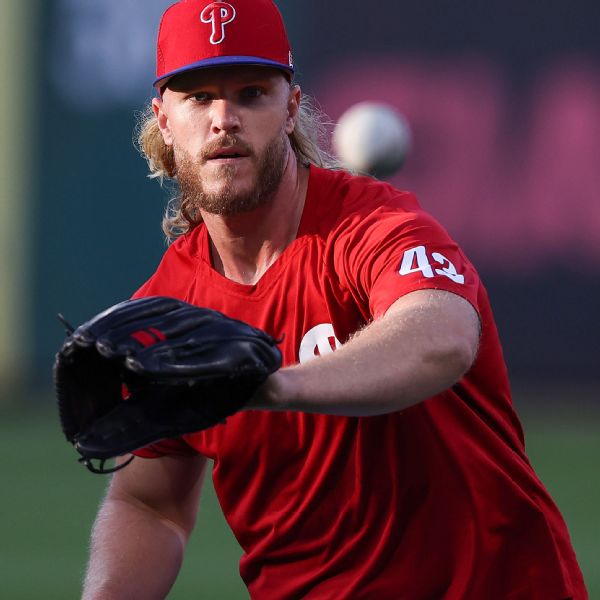 PHILADELPHIA — The season will come full circle for Philadelphia Phillies starter Noah Syndergaard and Houston Astros ace Justin Verlander when they face off in Game 5 of the World Series on Thursday just as they did in their first starts of the regular season back in April.

Both were coming off Tommy John surgery when Syndergaard beat Verlander 2-0 on April 9.

Syndergaard had made a couple of appearances late in 2021 before signing with the Los Angeles Angels, while Verlander missed all of last season. The two even rehabilitated with the same therapist.

« I think it’s going to be really cool to have the opportunity to go toe-to-toe with Justin Verlander, » Syndergaard said Wednesday. « Shout out to Eric Schoenberg. He’s the physical therapist that took Justin and I through our rehab. »

Thursday will be Syndergaard’s first World Series start since 2016 as a member of the New York Mets, while Verlander’s latest outing came in a Game 1 loss Friday. The Phillies jumped on him after he threw three perfect innings, scoring a total of five runs in the fourth and fifth on the way to a 6-5 win.

« I did find some mechanical things that I needed to clean up, » Verlander said. « I’ve been working really hard since then. But there’s really no way to know how it’s going until you get in the game and see the hitters’ reactions. »

Verlander has given up 12 runs in 15 postseason innings after missing time late in the regular season because of a calf issue. He could be making his final start as a member of the Astros as he’ll be a free agent at the completion of the World Series. He was asked if that has been on his mind.

« It’s premature, » Verlander answered. « Really and truly it’s been a hell of a ride no matter what happens, whether I stay or don’t. I’ve really enjoyed my time with this group of guys and the city and getting to know the city. And it’s really been a blessing and a wonderful time in my career. »

Syndergaard will also be a free agent after compiling a 3.94 ERA in 24 starts split between the Angels and the Phillies this year. He has pitched a total of 5⅓ innings this postseason, including one start in the NLDS. Now he’ll face one of his idols on the biggest stage in the game.

« Justin’s a guy that I’ve looked up to my entire life, and to be able to go toe-to-toe with him again, I mean, we started the year off facing off against each other, » Syndergaard said. « Just the whole opportunity just kind of gives me chills. »