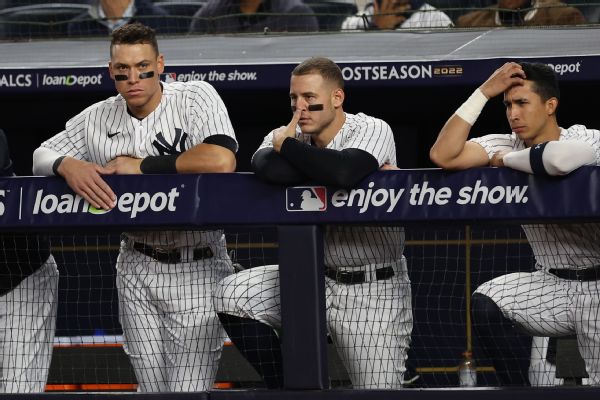 NEW YORK — The New York Yankees are looking toward their archrival — and digging up a painful memory — for inspiration ahead of Game 4 of the American League Championship Series on Sunday night.

With the Bronx Bombers down 3-0 to the Houston Astros in the ALCS, manager Aaron Boone said Sunday that the team circulated clips of the 2004 Boston Red Sox for motivation on how to best approach trying to come back. That Red Sox team won four straight against the Yankees in the ALCS before eventually winning the World Series.

The idea stemmed from director of mental conditioning Chad Bohling.

« It was just the belief that they had, » Boone said. « They had confidence, and you see [former Red Sox first baseman Kevin] Millar, ‘Don’t let us win one.’ We still have time. We’re obviously now as far up against it as you can be and not in a great spot. »

Bohling sent out a four-minute clip to the Yankees coaching staff during their group meeting. The coaching staff then distributed the clip among the players.

« We just have to go out and it starts with the first inning trying to win pitches and then ultimately trying to win a game and at least put a little pressure on them and start to see what can happen, » Boone said.

Boone also received a little firsthand perspective from David Ortiz, who FaceTimed with ESPN broadcaster Eduardo Perez during the manager’s meeting with broadcasters before Game 4.