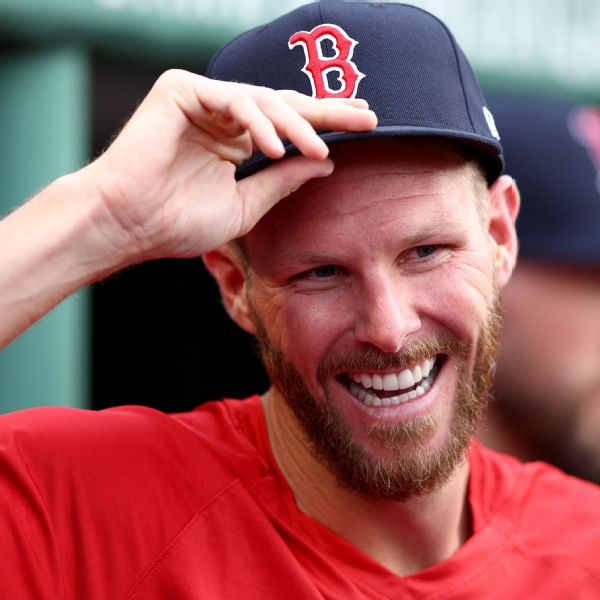 BOSTON — The Red Sox, winners of 10 of their last 14 headed into Tuesday’s game against the Tampa Bay Rays, appear to be getting some name-brand reinforcements in their rotation.

In his pregame media availability, Boston manager Alex Cora had good news on the team’s injury front, telling reporters that Red Sox ace Chris Sale is scheduled to pitch five innings in a minor-league rehabilitation start on Wednesday in Worcester, Massachusetts. And if all goes well he could be called up next week.

Eovaldi, 4-2 with a 3.16 ERA and 72 strikeouts, was placed on the 15-day injured list with lower back inflammation back on June 9. At the time of the injury, the 32-year-old right-hander hadn’t allowed a run in his past two starts.

For Sale, 33, the road back has been much longer. Sidelined all season because of a rib injury, Sale struck out seven over four innings for Double-A Portland last Thursday. Cora said his mechanics in that effort were sound and that he felt « physically great. »

As Sale has battled back — when not receiving treatment and not in the minors — he has been with the club in the dugout. On Tuesday, he shared laughs with his teammates as the Red Sox battled one of their division rivals.

Sale went 5-1 with a 3.16 ERA in nine starts in his return from Tommy John surgery last year. He missed the 2020 season.

The Red Sox have seven pitchers on the injured list, but continue to charge up the standings, powered largely by their offense. Through Monday, they had a plus-63 run differential.

Cora also said the team is hopeful that starter Michael Wacha will be able to take the mound Friday night against the first-place New York Yankees. Wacha is not on the injured list, but the team wanted to rest his « dead arm » last week by skipping a turn in the rotation. He is listed as day-to-day.