Astros to start Cristian Javier in ALCS Game 3 vs. Yankees 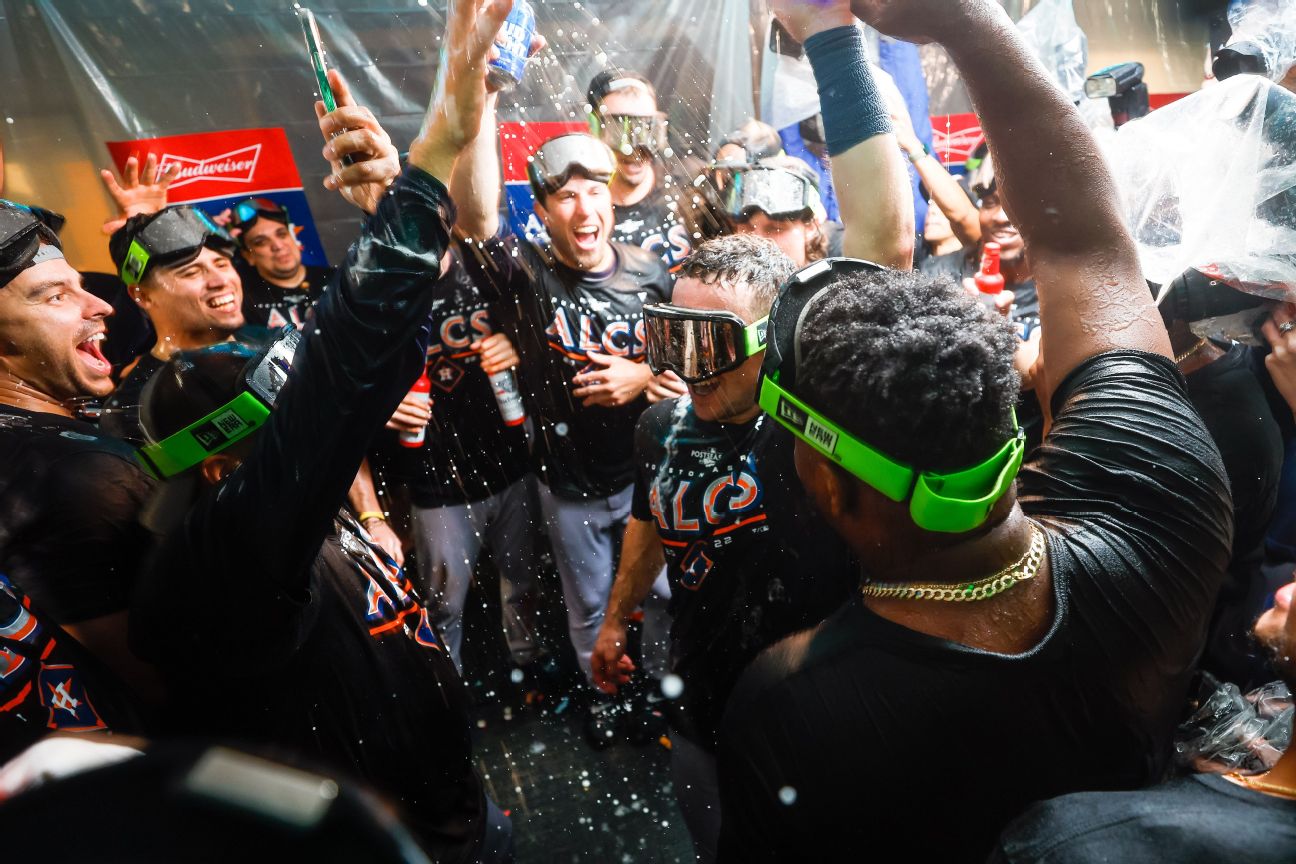 Houston Astros right-hander Lance McCullers Jr. has been pushed back a day and will start Game 4 after sustaining a small cut on his throwing elbow from a thrown champagne bottle on Saturday.

« Unfortunately, after the victory in Seattle, I caught a spare champagne bottle at the elbow bone, » McCullers said.

Up 2-0 in the best-of-seven American League Championship Series, Houston will start Cristian Javier in Game 3 at the New York Yankees on Saturday and McCullers will start Game 4 Sunday night.

McCullers said he had some swelling after the incident following the team’s 18-inning, ALDS-clinching win against the Seattle Mariners, so the team chose to give him an extra day to rest.

McCullers said he threw a bullpen of 35 pitches Friday and was feeling good and would have no limitations in his start Sunday.

He was asked exactly how the injury occurred.

« Some guy was kind of coming back behind me and the bottle just happened to kind of hit the back inside a part of my elbow as the people were passing by, » McCullers said. « It wasn’t like we were getting wild. I was standing there. He was walking by, just happened to hit me in the right spot. »

He isn’t the first pitcher to be injured celebrating this season after Philadelphia Phillies reliever David Robertson missed the NLDS after straining his calf jumping to celebrate a home run by Bryce Harper in the Wild Card round.

Javier pitched 1 1/3 innings of relief in Houston’s 8-7 Game 1 win in the ALDS but hasn’t started since an Oct. 1 win over Tampa Bay.

The 25-year-old started and struck out 13 in seven innings of a combined no-hitter in a 3-0 win at Yankee Stadium on June 25. Gerrit Cole, who will start for New York on Saturday, took the loss in that game.

Primarily used as a starting pitcher, Javier, who was 11-9 with a 2.54 ERA and 194 strikeouts this season, threw 1⅓ innings of relief in Game 1 of the ALDS vs. Seattle.

On June 25, Javier, Hector Neris and Ryan Pressly combined for the first no-hitter at Yankee Stadium in 19 years in Houston’s 3-0 victory. Javier, whose fastball topped out at 96.3 mph in the game, set career highs with 13 strikeouts on 115 pitches over seven innings in the game before he was pulled.

McCullers started Houston’s marathon 18-inning win over Seattle in Game 3 of the Division Series that completed a sweep of the Mariners. He allowed two hits and struck out seven in six scoreless innings of the 1-0 victory before being injured as the Astros celebrated clinching their sixth straight trip to the ALCS.

McCullers ended Game 7 of the 2017 ALCS by throwing 24 consecutive curveballs to retire the Yankees’ final five batters in order.

He did not make his season debut for the Astros until Aug. 13 because of a right flexor tendon strain, went 4-2 down the stretch with a 2.27 ERA and 50 strikeouts this season.

The Yankees had already tabbed Cole as the starter for Game 3 and Nestor Cortes for Game 4.