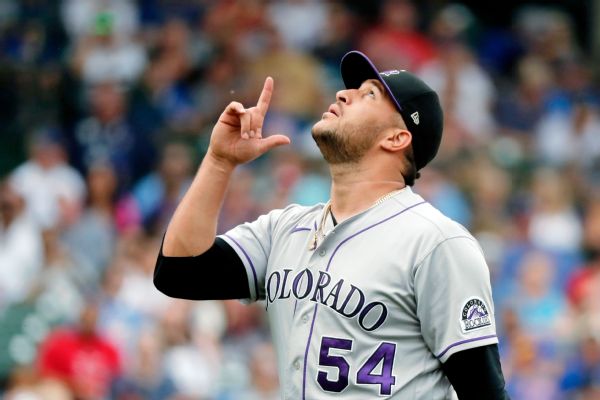 Estevez, 29, is the latest reliever to benefit from what has evolved into an expensive market, with big contracts handed out to high-end free agents like Edwin Diaz ($102 million over five years with the New York Mets) and middle-tier ones like Rafael Montero ($34.5 million over three years).

Estevez, whose deal will pay him $6.75 million annually, posted a 3.47 ERA, a 1.18 WHIP and a 2.35 strikeout-to-walk ratio in 62 appearances out of the Colorado Rockies’ bullpen last season.

The Angels were intrigued by his upper-90s fastball, but also by the way his curveball and slider behaved outside of the high elevation of Coors Field. They’ll give him an opportunity to close, at least on a part-time basis.

« It’s a guy who’s reliable, dependable, wants the ball, not scared, so we thought he was a really, really good fit, » Angels general manager Perry Minasian said of Estevez, who has accumulated 25 saves in a six-year career spent entirely in Colorado. « And our bullpen’s wide open — he’s gonna have a chance to pitch late, in the back end. »