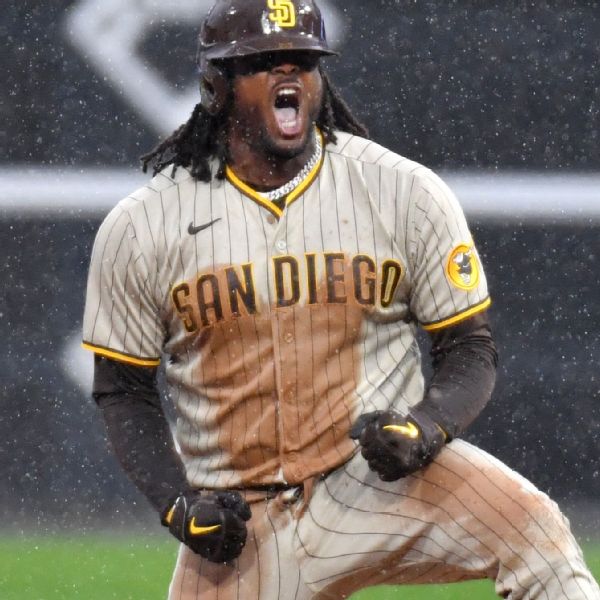 Veteran first baseman Josh Bell and the Cleveland Guardians have agreed on a two-year contract, sources familiar with the deal told ESPN’s Jeff Passan on Tuesday.

The deal will total $33 million over two years, and include an opt-out clause after the 2023 season.

Bell, 30, finished last season with the San Diego Padres after an in-season deal from the Washington Nationals. All told, he hit .266, with 17 home runs and 71 RBIs.

An additional piece headed to San Diego in the Juan Soto trade from Washington, Bell settled in at first base for the Padres as they secured a postseason berth. With Eric Hosmer being moved to the Boston Red Sox in the same week, the Padres could easily fit Bell in at first base, where he split time with Wil Myers.

In the postseason, Bell played in 10 games as the Padres advanced to the National League Championship Series. He hit two runs and finished with a .250 average and five RBIs before the Padres’ run ended at the hands of the Philadelphia Phillies.

Bell’s first season with Cleveland will be his eighth in the majors. The Guardians will be his fourth club and first in the American League.

The Guardians could use that kind of pop in an offense that struggled at times last season. Cleveland finished 92-70 and won the AL Central, but finished sixth in the league in runs scored (698), and managed just 18 runs in seven postseason games.

Bell’s presence gives the Guardians a right-handed power hitter to pair with the left-handed-hitting Josh Naylor at first base and at designated hitter. The Guardians, coming off a surprising division championship, were heavily involved in that market, having previously made a run at Jose Abreu, who signed a three-year, $58.5 million deal with the Houston Astros.

Cleveland outlasted the Tampa Bay Rays in the wild-card series before losing to the New York Yankees in the ALDS in five games.