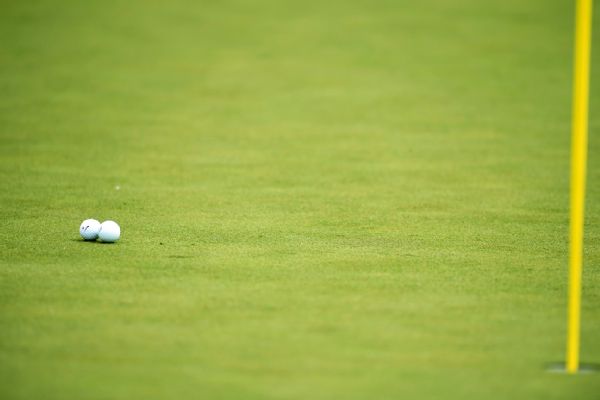 NAPA, Calif. — Justin Lower weathered the wind and birdied the 18th hole Saturday to take a one-shot lead into the final round of the season-opening Fortinet Championship.

Lower shot a 3-under 69 to get to 13 under at Silverado Resort & Spa, with his fifth birdie of the round giving him his first career 54-hole lead in his 29th start on the PGA Tour. He’s looking for his first round victory.

Defending champion Max Homa and Danny Willett were a shot back after even-by 72s. Byeong Hun An had a 71 to get to 11 under.

While several players who went out early in the day posted low scores in good playing conditions, the course got much harder late in the day when the wind picked up to wreak havoc on the players.

Willett took several minutes on the eighth green clearing off blowing leaves just before making a birdie putt that put him briefly in the lead at 13 under.

Workers with leaf blowers came out on the next hole to keep the green clean but Willett made a double-bogey 7 after his approach shot flew past the green.

There were few birdie chances available with players happy with pars late in the day. That led to a very condensed leaderboard with eight players within three shots of the lead headed into Sunday.

An moved into a one-shot lead when he hit a solid tee shot on the par-3 15th cam and then made a birdie from about 6 feet to get to 13 under. But he gave it back and more with a double bogey in the par-5 16th when his second shot got caught near the root of a tree.

That opened the door for Lower, who put his second shot on the par-5 18th just off the green and then made the short birdie putt.

It’s been quite a few weeks for Lower, who appeared to lose his tour card after three-putting the final home of the Wyndham Championship for a bogey when he only needed a par to remain in he top 125. But after more defections to the LIV Tour, Lower moved back into the top 125 and is taking advantage of it in the first tournament of the new season.

Conditions aren’t expected to be much better in the final round, which has already been altered by an ominous forecast with rain and wind. The leaders will tee off several hours earlier than scheduled with the final round featuring three off split tees.

Endycott the first player out on the course and played as a single in his first career tournament make the cut with a birdie on the the final hole of the second round. He overcame a broken driver early in that round and was happy to have all of his clubs available Saturday.

« Definitely helps when you’ve got a driver in the bag after yesterday’s shenanigans with the cracked driver face, » he said. « This golf course is tough hitting 3-wood everywhere. So it was nice to get freed up, played some good golf today. »

Haley, who had gone 3,315 days between appearances on the tour from the 2013 Wyndham Championship and the start of this tournament, was tied with Thompson in the group at 10 under after a 66.