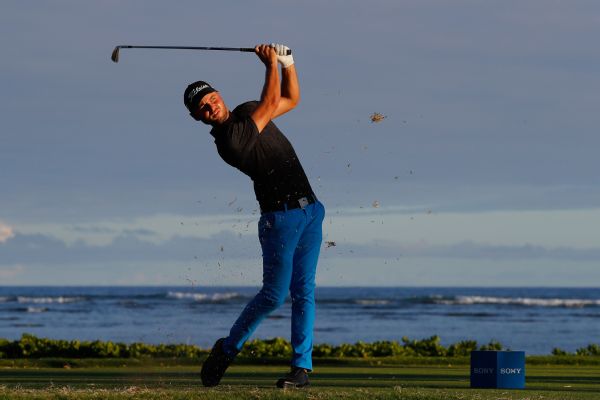 NICHOLASVILLE, Ky. — Adam Svensson shot a 5-under 67 and had a 3-stroke lead in the Barbasol Championship when second-round play Friday at water-logged Keene Trace was suspended because of darkness.

Svensson had a 15-under 129 total at Keene Trace, where a midday thunderstorm followed dense morning fog. Play was delayed a total of 5 hours, 20 minutes, with half the field unable to finish the round.

The rain softened the greens even more than the first round, where two-thirds of the field shot par or better. It also made the 7,328-yard layout play longer, though Svensson continued to set the pace with seven birdies that offset bogeys on the par-4 third and par-3 16th. He shot a 10-under 62 on Thursday.

« The greens were still rolling nice, but they were just wet so you had to hit a lot of soft shots into the green and a lot of chippy iron shots or wedges, » said the Canadian, who napped for an hour in his car during one delay.

Trey Mullinax made a 20-footer for birdie on the par-4 13th to reach 13 under and finish his day.

« I was on the side slope over there in the rough and it was a left pin, so not a lot of stuff going for me there, » Hagy said. « But I caught a decent lie and when I hit it my caddy thought it was a little too much and I was like, ‘No, I think it’s pretty good.’ It just landed, took one hop and went right in the hole, so that was pretty cool. »