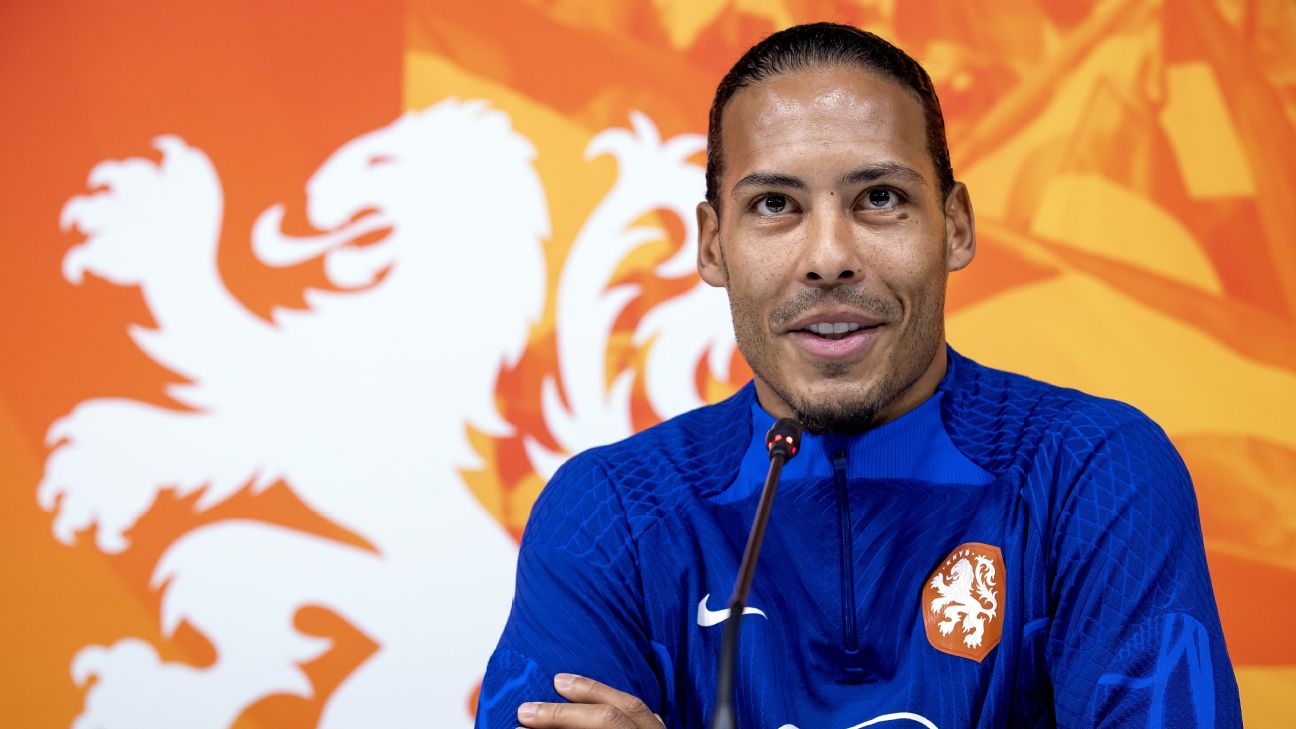 Virgil van Dijk was adamant that the Netherlands’ World Cup quarterfinal against Argentina on Friday wasn’t a battle of him against Lionel Messi, but added his team would be cautious in their approach against the Argentina superstar.

The Dutch skipper stayed on message while fielding a flurry of questions about how the Netherlands will deal with the threat of Messi at the Lusail Stadium: it will be a team effort.

– Hamilton: What motivates Van Gaal for his last WC dance?
– World Cup bracket: Who plays whom in the quarterfinals?

« It’s not about me, or the Netherlands, against Messi, it’s about the Netherlands against Argentina, » Van Dijk said at a news conference Wednesday.

In response to a question about how worried they might be about the threat of the seven-time Ballon d’Or winner, Van Dijk said: « Worried no, but cautious of what Argentina can bring to the game.

« They are a fantastic team with fantastic players, and we are going to have to do well in all departments of the match. »

He agreed that his side could have played better in Qatar up to this point, despite not losing a game and winning their group, but diplomatically dodged a question about whether criticism of their performances back home was typically Dutch.

« We also feel that our play in the last game could have been better, » said Van Dijk of a 3-1 round-of-16 win over the United States. « We are all perfectionists and would like to have performed better. But what is nice is that we are still in the competition and playing in the quarterfinals. »

The Dutch are eager to break new ground and win a World Cup after losing in three finals.

« There is a hunger, dreams and a feeling that we really want to get it [the World Cup], » Van Dijk said. « When you are in the quarterfinals you are only three games from glory.

« This is our opportunity. But obviously we have to get past an Argentina side with one of the best players of all time. »

The Dutch also face the possibility of the majority of the 80,000-odd crowd cheering on Argentina as a surprisingly small number of orange-clad Netherlands supporters have travelled.

Usually, the Netherlands get significant support on the road but without them, Van Dijk believes an early goal might be important to quiet the opposing fans.

« Then it becomes a whole different game, » Van Dijk said. « But I think it will be nice to play in such an ambiance. »