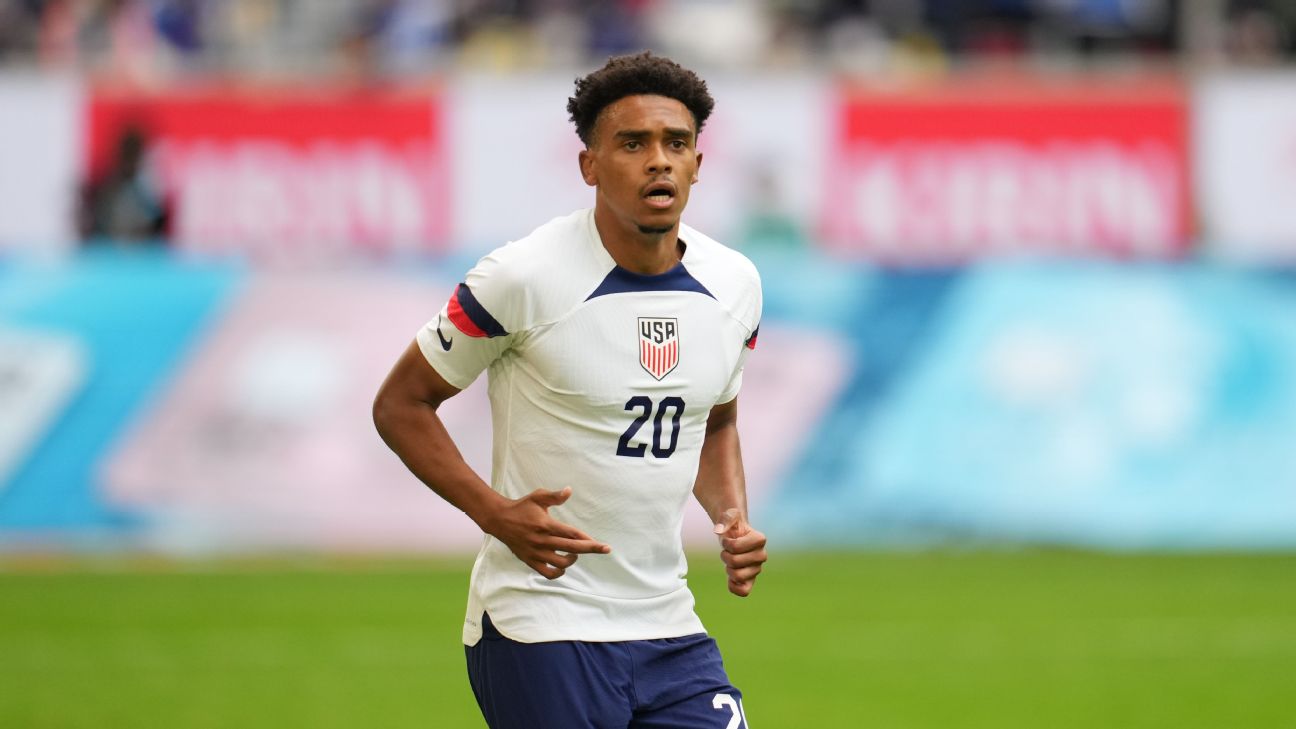 Right-back Reggie Cannon will miss the United States’ last World Cup warm-up game against Saudi Arabia on Tuesday because of a groin strain, becoming the latest addition to the team’s lengthy injury list.

The US Soccer Federation said Sunday that Cannon is expected to be sidelined for several weeks.

The 24-year-old Boavista defender played the second half of Friday’s 2-0 loss against Japan in Düsseldorf, Germany. Sergino Dest started for the US, who also had right-backs Joe Scally and DeAndre Yedlin on the bench.

Cannon has scored one goal in 28 international appearances and was part of the US teams that won the 2021 CONCACAF Gold Cup and Nations League.

The US are also missing Timothy Weah, Yunus Musah, Chris Richards, Antonee Robinson, Zack Steffen, Cristian Roldan and Cameron Carter-Vickers because of injuries. Coach Gregg Berhalter said Friday it was unclear whether Chelsea’s Christian Pulisic will recover from an unspecified injury in time to face Saudi Arabia in Murcia, Spain.

Miles Robinson will miss the World Cup because of a torn Achilles.

– Carlisle: USMNT with no answer for Japan in friendly

Back in the World Cup after failing to qualify for the 2018 tournament, the US open their campaign against Wales on Nov. 21, play England four days later and close out the group stage on Nov. 29 against Iran.

Berhalter plans to announce his World Cup roster on Nov. 9, five days before the deadline to submit it to FIFA.