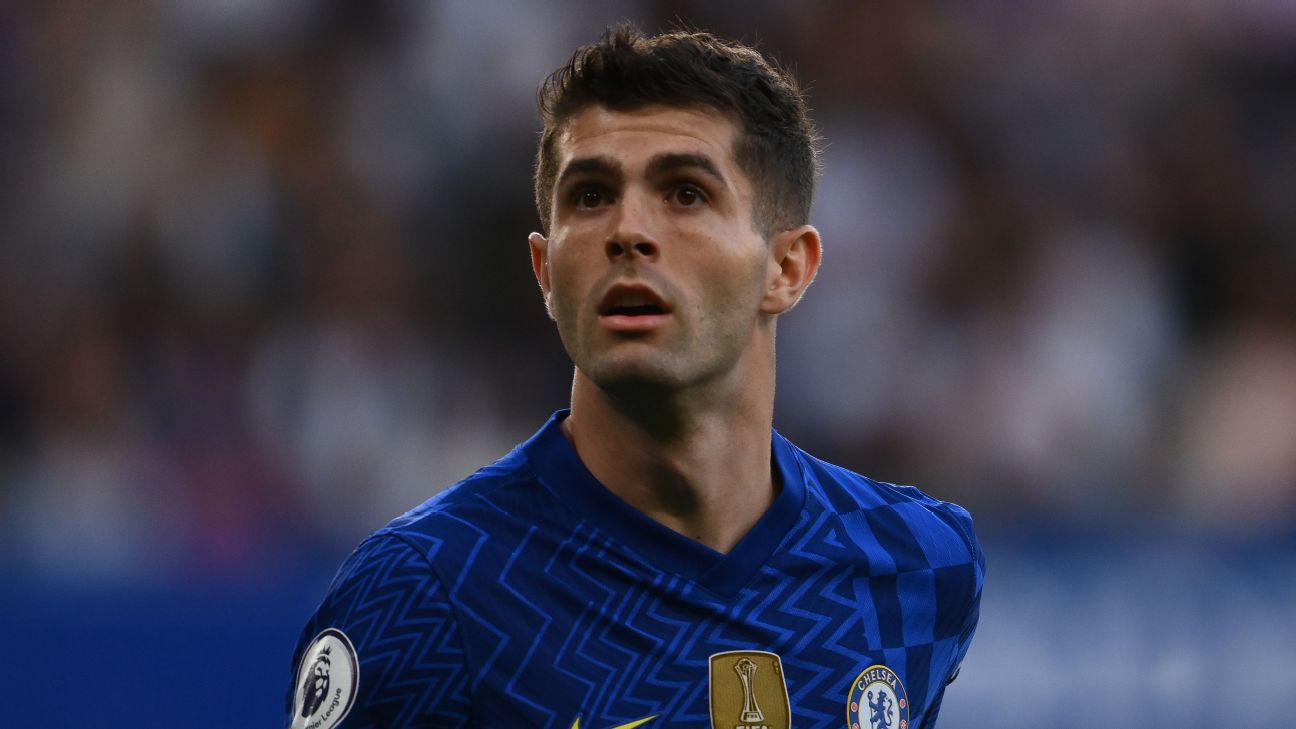 In an interview with ESPN’s Futbol Americas show, Chiellini, 37, said Pulisic, 23, could be a « fantastic third winger » for Juventus along with Federico Chiesa and Angel Di Maria, who is widely expected to join the Italian club from Paris Saint-Germain.

Chiesa, 24, suffered an anterior cruciate ligament injury in January, and Chiellini said that the United States international Pulisic could provide the perfect solution for Juventus while the Italy winger gets back to full fitness.

« Honestly, it’s the first time I heard it, but I think Juventus needs some winger as Pulisic, » Chiellini said.

« Pulisic is very good, I think, when he starts from the side and comes inside, and with the injury of Chiesa — he [will] surely still return, but not before September, and in the first months, surely he can play every game.

« With the [arrival] of Angel Di Maria, Pulisic could be the fantastic third winger for Juventus. He has improved year by year, he did a fantastic season in Chelsea. »

Chiellini also praised his former Juventus teammate and US midfielder Weston McKennie, who he described as a « beautiful player » who could spend « many years » at Juventus. But he said that McKennie, 23, had room for improvement in his decision-making.

« He’s a beautiful player, really a good player who is improving, » Chiellini said.

« Physically he is fantastic, he is really strong and he runs all the match. And then the important thing, he scores many goals, and it’s not easy to find a midfielder who scores so many goals as Weston.

« He is just 24, then surely he has to improve on the pass, on the playing 90 minutes and be on the zone for 90 minutes — many times he decides too fast and he doesn’t think too much about what he needs, but I love him and everyone in Juventus loves him, and, high up, he could stay many years at Juventus. »

Chiellini joined LAFC in June after 18 years at Juventus, and he has been joined by Wales forward Gareth Bale after his Real Madrid contract expired.

The former Italy defender said he and Bale would help to ease the burden on Carlos Vela, the Mexico forward who has scored 73 goals in 119 games for LAFC since joining in 2018.

« I think me and Gareth can take some pressure from him, can help him managing the dressing room, and also he really can think just to play, » Chiellini said.