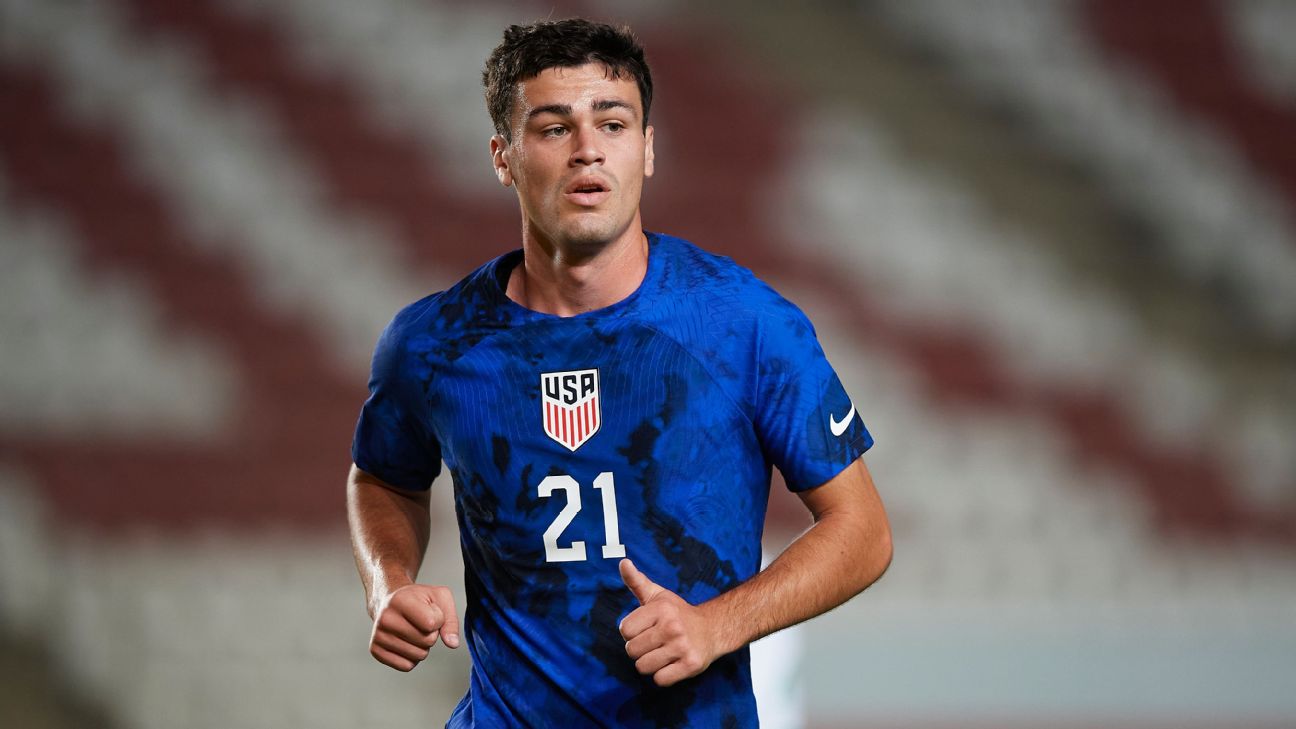 American forward Gio Reyna will be out for up to 10 days with a muscle strain picked up on international duty, Borussia Dortmund coach Edin Terzic said Thursday.

The 19-year-old Reyna came off in the 30th minute of the United States’ 0-0 draw against Saudi Arabia on Tuesday night.

The son of former US captain Claudio Reyna has had frequent injury problems. His 2021-22 season was wrecked by leg ailments, and Dortmund has limited his playing time this season to 247 minutes.

« We hope that he’s available to us after the Sevilla game, » Terzic said, referring to the teams’ Champions League meeting next Wednesday. He did not provide details about the injury.

US men’s national team coach Gregg Berhalter is scheduled to name his roster for the World Cup on Nov. 9.

Dortmund will be without Reyna, goalkeeper Gregor Kobel and team captain Marco Reus for its Bundesliga game at Cologne. Alexander Meyer will play in goal on Saturday.

Kobel has a muscle fiber tear and back problems, while Reus’ ankle injury is apparently not as serious as initially feared when he was taken off on a stretcher during the Ruhr derby against Schalke on Sept. 17.

« It’s not as bad as we thought, » Terzic said of Reus. « We hope that he can return to team training next week. »