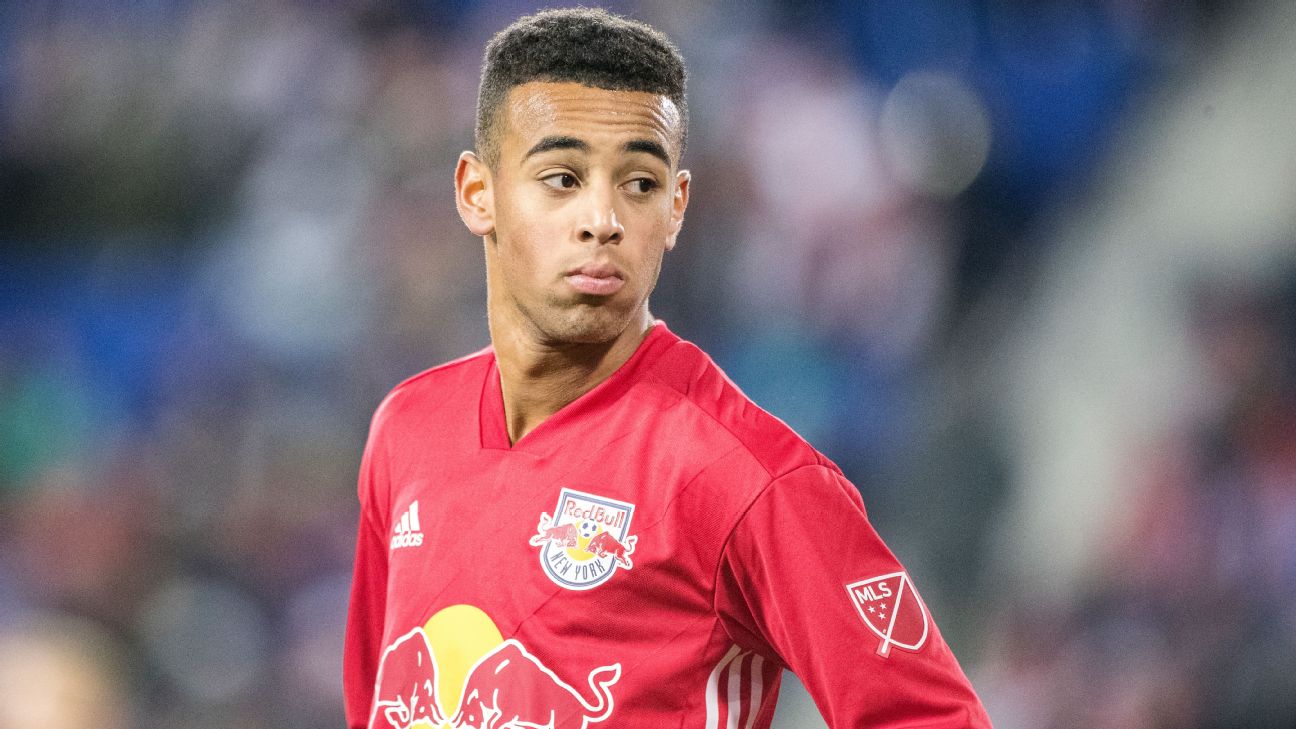 United States midfielder Tyler Adams has signed for Leeds United from RB Leipzig, it was announced on Wednesday.

Sources told ESPN the deal is worth €17 million, which would increase to €23m with add-ons. Adams has signed a five-year contract at Elland Road.

« Walking in for the first time, meeting people today at the training ground and coming to the stadium, which is empty now, but I can’t wait to play in front of a full crowd. »

The move sees Adams reunited with his old manager Jesse Marsch, who coached him at both the New York Red Bulls and Leipzig. The US international will replace midfielder Kalvin Phillips, who officially joined Manchester City on Monday.

Adams is set to become the fourth signing of Marsch’s tenure, three of whom have previously worked with the Leeds manager.

« Jesse [Marsch] was a huge influence on my career so far. He’s given me a lot of experiences as a young player that other players may not have received.

« So, he was definitely a big influence [in coming to Leeds United] and so was [director of football] Victor Orta, he played a big role for me. There wasn’t much convincing he needed to do for me to come here, but he had a great plan in place for me to develop as a person and a player. »

Leeds announced the signing of FC Salzburg and USMNT forward Brenden Aaronson in May for a deal worth €28m. The Premier League side have also added Denmark right-back Rasmus Kristensen for a fee in the region of €11m and Marc Roca from Bayern Munich for around €12m.

Adams has been a key part of Leipzig’s team since joining from Major League Soccer in 2019. He has been equally adept at playing in central midfield and in any spot along the defence. If he completes the move, he will leave Leipzig having won the DFB-Pokal with the team this past season.