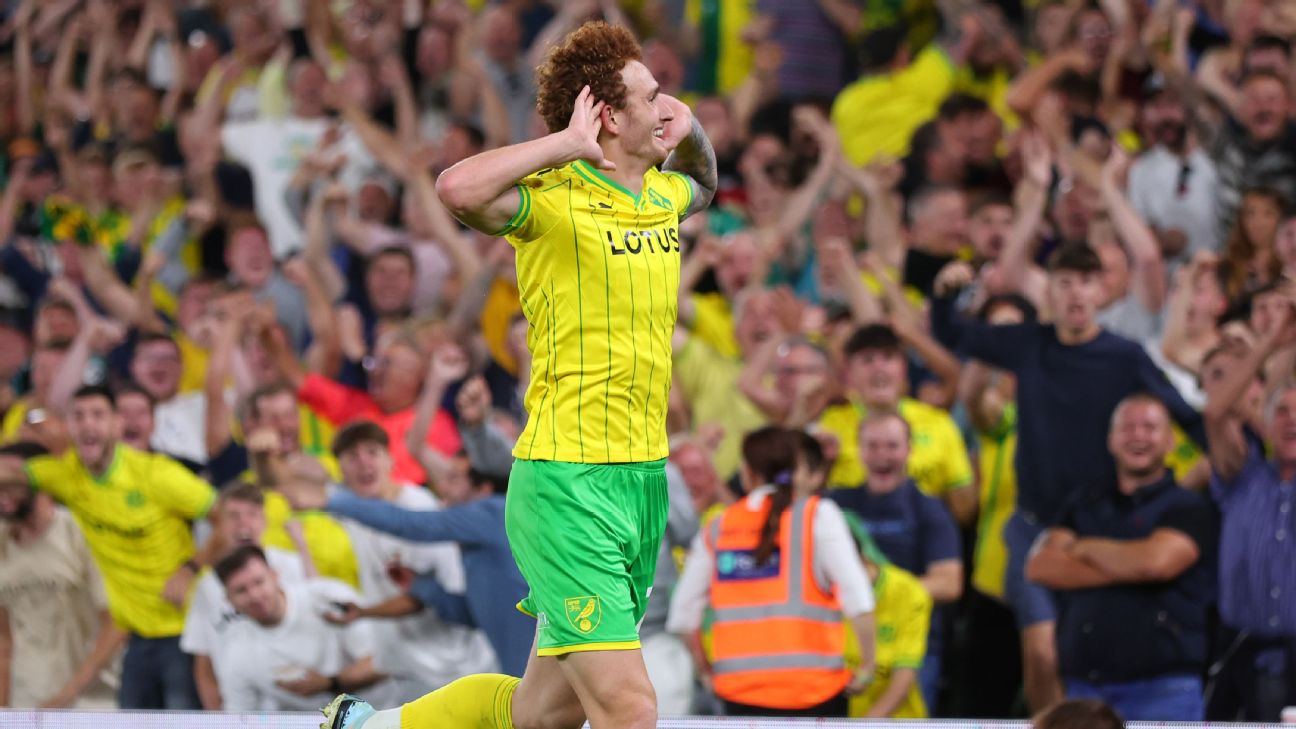 United States forward Josh Sargent surpassed his league scoring total of last season, getting both goals in Norwich’s 2-0 win over Millwall on Friday night in the second-tier English League Championship.

Sargent is trying to earn a spot on the US World Cup roster. After appearing in each of the first three qualifiers last September, Sargent was bypassed for the final 11.

– Where the USMNT’s World Cup hopefuls are playing across Europe
– Soccer on ESPN+: FC Daily | Futbol Americas
– Don’t have ESPN? Get instant access

The 22-year-old from O’Fallon, Missouri, put the hosts ahead in the 50th minute with a right-foot shot from 8 yards off a pass from Danel Sinani. He added his second goal in the 75th, beating goalkeeper Bartosz Bialkowski off a feed from Kieran Dowell’s pass.

Sargent scored his first goal of the season in Tuesday’s 2-1 win over Huddersfield.

Sargent had just two league goals last season, both in a 3-0 victory against Watford on Jan. 21. He also scored twice in the English League Cup against Bournemouth on Aug. 24.

Norwich finished last in the Premier League last season and was relegated, along with Watford and Burnley.

He has five goals in 19 international appearances.

Sargent is competing for forward spots on the US roster with Jesus Ferreira, Ricardo Pepi, Jordan Pefok, Brandon Vazquez and Matthew Hoppe.

Published on 27 Fév à 11:59 am
Menu
Manage Cookie Consent
To provide the best experiences, we use technologies like cookies to store and/or access device information. Consenting to these technologies will allow us to process data such as browsing behavior or unique IDs on this site. Not consenting or withdrawing consent, may adversely affect certain features and functions.
Gérer les options Gérer les services Gérer les fournisseurs En savoir plus sur ces finalités
View preferences
{title} {title} {title}
This website uses cookies to improve your experience. If you continue to use this site, you agree with it. Cookie Policy
Ok