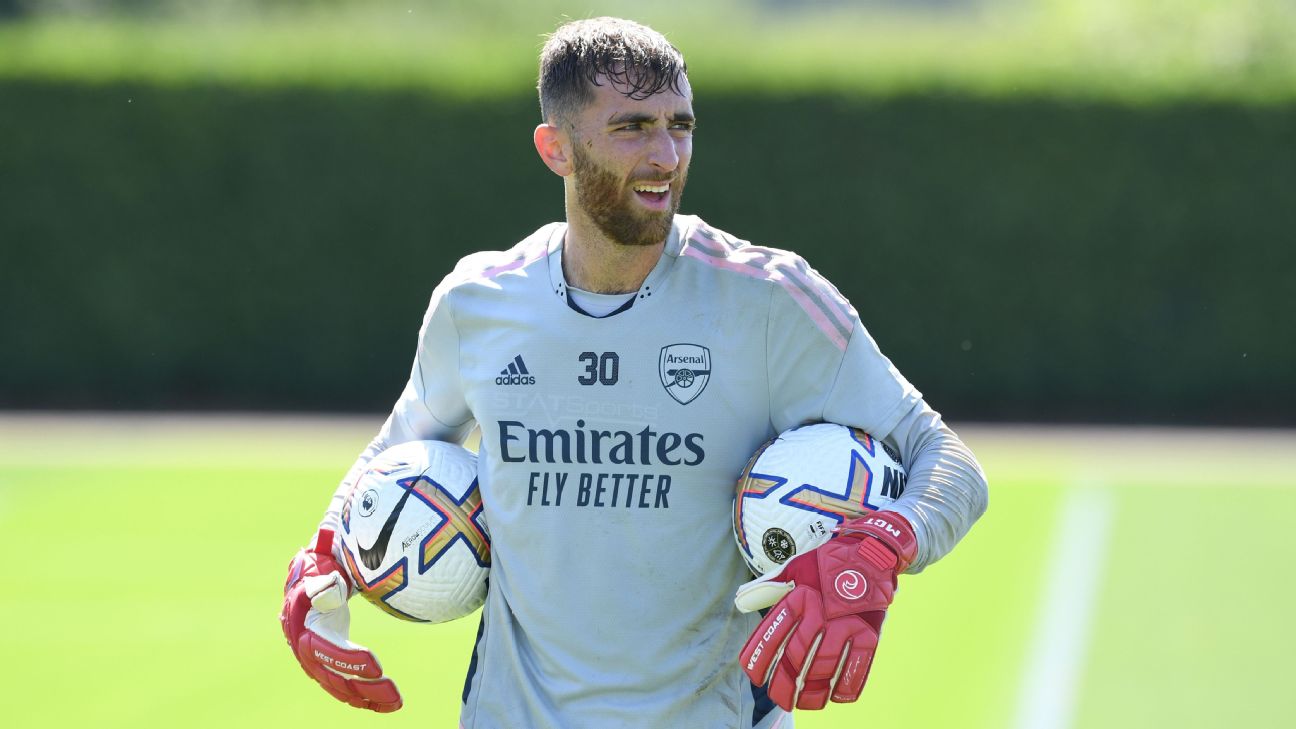 Arsenal manager Mikel Arteta said Turner felt « discomfort » in his groin at training on Wednesday, forcing the club to turn to No. 1 keeper Aaron Ramsdale, who made his Europa League debut in a 2-0 loss to PSV.

« Yesterday in training he had some discomfort in his groin, and he tried this morning but he was not well, so Aaron had to play, » Arteta said. « We have to assess it, but it did not look like a serious injury ».

Turner, 28, has played just four matches since transferring to the Gunners last summer from Major League Soccer’s New England Revolution. Arsenal has one Europa League game remaining ahead of the World Cup, against Zürich on Nov. 3.

Turner was sidelined from Feb. 2 until April 30 after he played for the US in a World Cup qualifier against Honduras in St. Paul, Minnesota, on a night when the kickoff temperature was 3 degrees Fahrenheit.

Turner is one of four leading contenders for the three goalkeeper spots on the US World Cup roster, which will be announced Nov. 9. The others are Middlesbrough’s Zack Steffen, Luton Town’s Ethan Horvath and New York City FC’s Sean Johnson.

Midfielder Tyler Adams missed Leeds’ Premier League loss to Fulham on Sunday because of an unspecified injury, with manager Jesse Marsch saying he is questionable for Saturday’s game at Liverpool.

Back in the World Cup after missing the 2018 tournament, the US opens against Wales on Nov. 21, plays England in a Black Friday matchup four days later and closes group play on Nov. 29 against Iran.