Tottenham’s Conte jokes he might have to play amid injuries 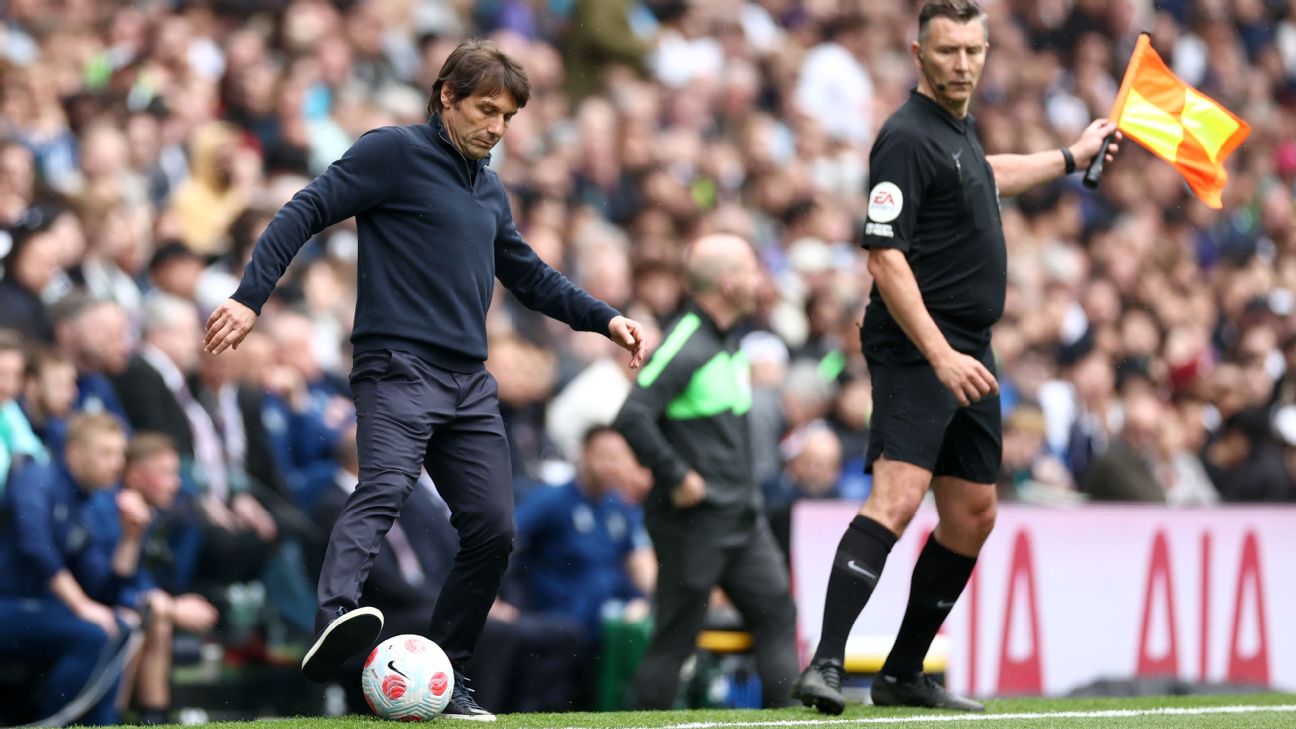 Tottenham Hotspur boss Antonio Conte has joked he might be forced to play as his team face an injury crisis.

Conte told a news conference on Friday that Dejan Kulusevski may not feature for Conte’s side until after the World Cup after suffering a setback while recovering from a hamstring injury.

Richarlison also remains sidelined due to a calf injury and Lucas Moura is a long-term absentee, which prompted Conte to suggest he might have to lace up his boots.

« We have in this moment [Harry] Kane and Son Heung-Min in good health, » Conte said before Tottenham’s game against Newcastle United on Sunday.

« Fingers crossed, I hope they continue to stay that way or I’ll have to think about putting my shoes on to play. »

Conte will have Emerson Royal available, however, after the full-back served his three-game suspension following his red card in the North London derby against Arsenal.

Kulusevski has been a key player for Spurs since joining from Juventus in January. He has missed their last six games after sustaining his hamstring problem while on international duty with Sweden.

Conte said that Kulusevski was close to full fitness on Monday, but the Italian now fears he might only return after the Nov. 14-Dec. 25 breaks for the World Cup.

« His recovery was going well and then one day the situation worsened, » Conte added. « When this type of situation happens, you have to restart.

« I think we have to wait a bit of time to see him with us again. »

Tottenham are third in the table, level on 23 points with Manchester City and four behind Arsenal, and will hope to bounce back after Wednesday’s 2-0 defeat at Manchester United.

Newcastle are five points behind Spurs in sixth. Eddie Howe’s side are on a six-game unbeaten run and have only lost once this season.

« They have had the potential to go into the market and to become one of the best teams in England. »