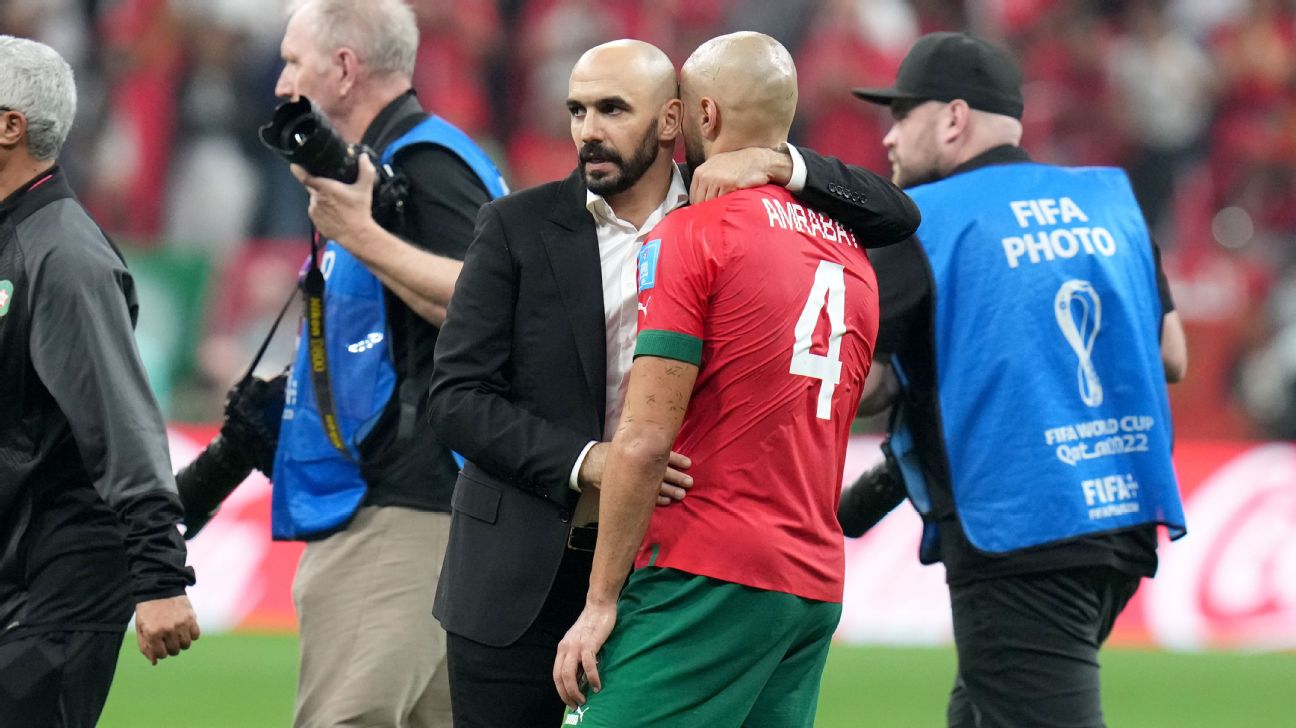 Morocco coach Walid Regragui has admitted Saturday’s third-place play-off against Croatia is the « worst game to play » but is still targeting another milestone finish for an African nation at a World Cup.

The Atlas Lions were beaten 2-0 by France in Wednesday’s semifinal and have several injury concerns, including captain Romain Saiss and defender Nayef Aguerd, with Regragui expected to make several changes for the game at Khalifa International Stadium.

Morocco have already gone further than any other African side at a World Cup and Regragui, whose team are ranked 22nd in the world by FIFA, said: « I guess it is the worst game that we have to play.

« Obviously, we would have liked things to be different. We would like to have been in the actual final but there is a third place to play for. We want to be on the podium.

« We want to be as positive as possible for our supporters. Yes, finishing third would be great for our image, we would be on the podium. But you know what? Even if we win the game tomorrow, we won’t have got to the final and we won’t have won the World Cup.

« Therefore, yes we are thinking about our FIFA ranking but it is quite difficult for us and also for you I guess as journalists because it is not really an important game is it, honestly speaking? We wanted to be in the final on Sunday, not tomorrow.

« That said, let’s be positive about it. What I have said to my players as well, this will be the seventh World Cup game we’re playing. It is the 16th of December today and if you could have asked each Moroccan if we would still be playing in the World Cup in Doha on the 17th of December, I think they would have been proud and happy to even allow themselves to believe that could be a reality.

« Six games in 20 years was our previous record and now we have played six games in a row. This is priceless because from an experience point of view we have gained so much. »

Regragui also said he is concerned by Luka Modric’s special motivation for Saturday’s game given it is expected to be the 37-year-old midfielder’s last World Cup match and may even trigger his international retirement.

« I’m not sure if he will be Modric’s last World Cup game but I know him as a player, » Regragui added.

« He is one of the best players in the world. He is a competitor, he is a warrior and I know he is going to want to finish off his World Cup in style. When you face a great player such as Modric who wants to finish on a great note, we need to respect this, we need to be wary of this. I hope that we are going to be able to put on a good show at the end of the competition. »