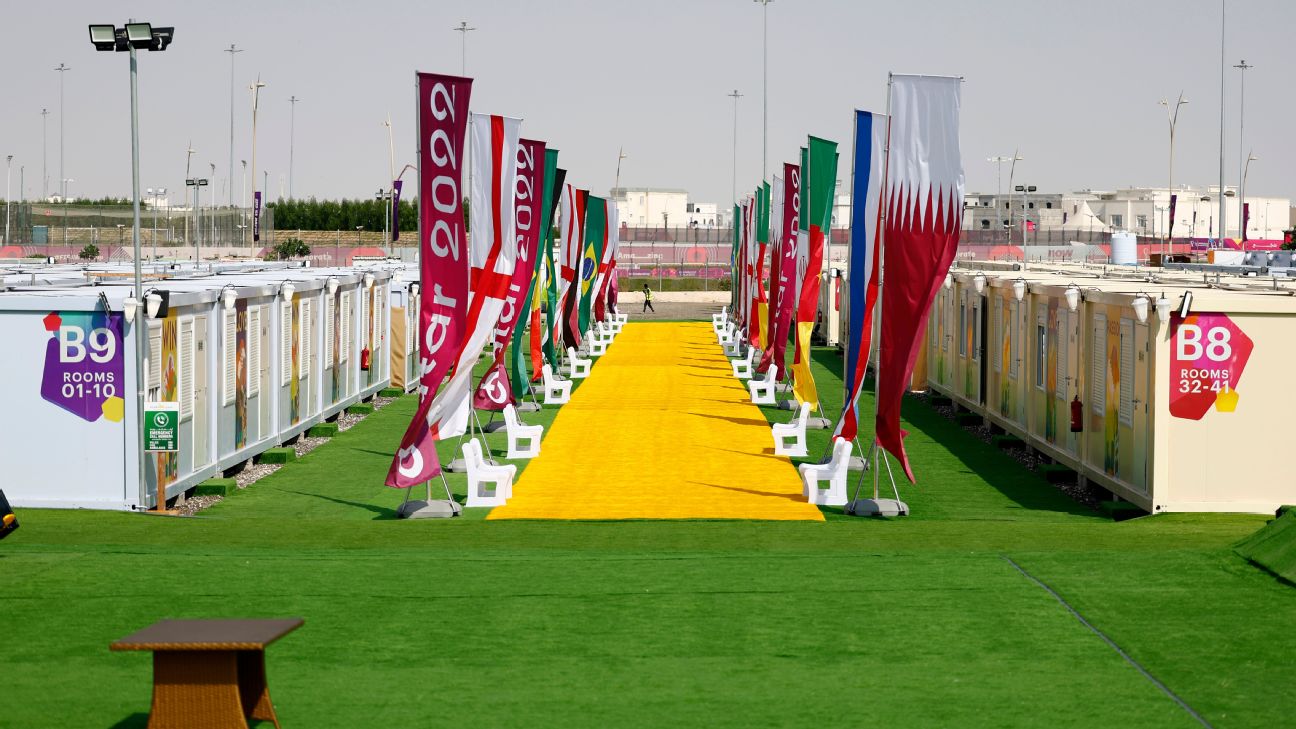 DOHA, Qatar — Football fans left stranded without accommodation in Qatar due to official fan villages being unfinished because of « operator negligence » have been offered full refunds by the Supreme Committee in charge of the organization of the World Cup.

Thousands of fans have been given the option of staying in low-priced camps in the desert — a spot in a converted shipping container costs around $200 (£165) a night — with basic facilities and communal washing areas.

But some sites are still unfinished, with supporters turning up to the fan village at Rawdat al Jahhaniya discovering that large areas of the site are still under construction, with wash basins and toilets waiting to be installed.

And with fans from across the globe complaining about the standard of the accommodation, the Supreme Committee, led by the Qatari government, has now authorized full refunds.

A Supreme Committee spokesperson told ESPN: « We are aware that a number of fans have faced delays checking into select fan village accommodation due to owner and operator negligence.

« A section of units in these facilities, which are delivered and managed by different private entities, have not met the required standards that were advertised to fans.

« While these sites are managed by independent commercial entities, rectifying these issues remains the utmost priority for the Supreme Committee.

« Full refunds are being offered to fans severely impacted by this issue as well as alternative accommodation which will be free of charge for the duration of their stay. »

ESPN has attempted to speak to the official accommodation hotline, but after speaking to an operator was told that the system was « under maintenance » and to « call back tomorrow. »