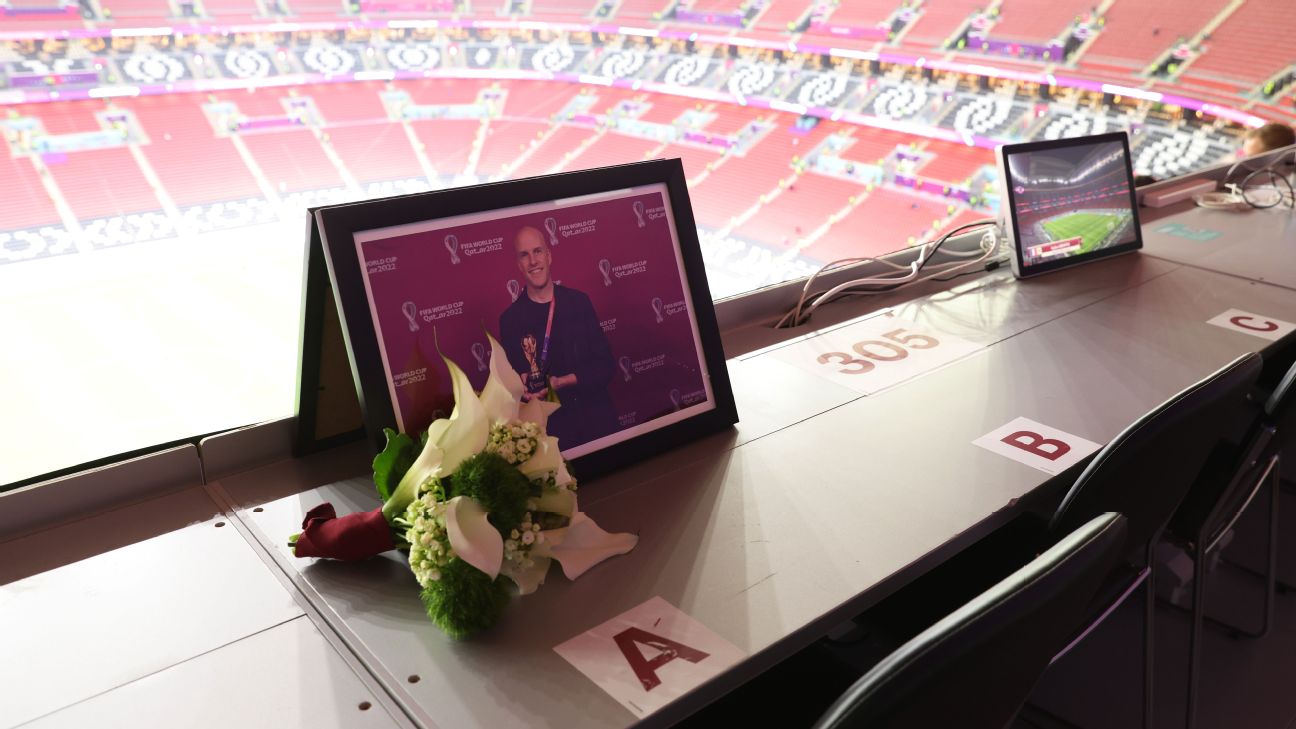 Grant Wahl died of an aneurysm in his heart while covering a World Cup match this past weekend, according to an autopsy of the well-known American soccer writer.

« Grant died from the rupture of a slowly growing, undetected ascending aortic aneurysm with hemopericardium, » she wrote on her husband’s Substack newsletter; hemopericardium refers to blood in the sac that surrounds the heart.

Wahl, who was 49, was stricken in the media tribune of Lusail Iconic Stadium in Qatar early Saturday during extra time in Argentina’s quarterfinal match against the Netherlands.

Emergency workers immediately attended to him and treated him for 20 to 30 minutes before taking him away on a stretcher, reporters in his vicinity said.

His body was transported to New York.

« This transition was handled with the utmost care and sensitivity, » Gounder wrote. « This was an international matter that required coordination from multiple agencies domestically and internationally, and there was full cooperation from everyone involved. Our sincere gratitude to everyone involved in repatriating Grant, in particular the White House, the US Department of State, FIFA, US Soccer and American Airlines. »

Wahl had complained during the World Cup about feeling ill.

« My body finally broke down on me. Three weeks of little sleep, high stress and lots of work can do that to you, » Wahl wrote on Dec. 5. « What had been a cold over the last 10 days turned into something more severe on the night of the USA-Netherlands game, and I could feel my upper chest take on a new level of pressure and discomfort. »

Wahl wrote that he tested negative for COVID-19 and sought treatment for his symptoms.

« I went into the medical clinic at the main media center today, and they said I probably have bronchitis. They gave me a course of antibiotics and some heavy-duty cough syrup, and I’m already feeling a bit better just a few hours later. But still: No bueno, » he wrote.

Wahl worked for Sports Illustrated from 1996 to 2021, known primarily for his coverage of soccer and college basketball.

He then launched his own newsletter, « Fútbol with Grant Wahl, » and a podcast with Meadowlark Media.

Wahl also worked for Fox Sports 2012-19 and was hired by CBS Sports in 2021 as an analyst and editorial consultant.

Gounder said a memorial service is being planned.