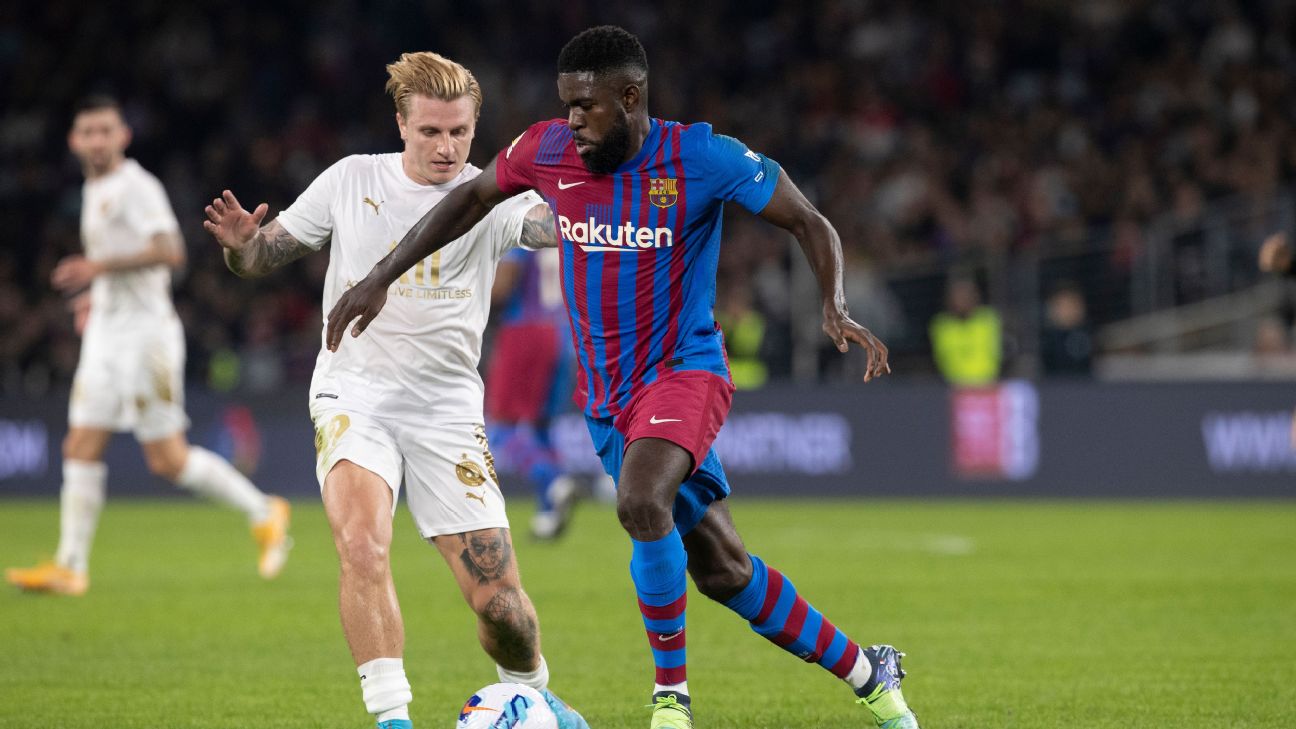 Barcelona have agreed to loan defender Samuel Umtiti to Lecce for the remainder of the season, the club announced on Thursday.

The Serie A club secured the arrival of the experienced centre-back, which does not include an option to keep Umtiti permanently at the end of the season.

Barcelona are desperate to lower their wage bill in order to register defender Jules Kounde, who joined the club earlier this month from Sevilla.

However, Umtiti’s move to Italy is unlikely to help Barcelona in that respect with the LaLiga giants reportedly set to pay his wages in full.

Lecce will reportedly pay a fee to Barcelona that will vary depending on the number of performances Umtiti makes this season.

Umtiti’s departure will nevertheless be seen as a positive move for Barcelona, ​​who have tried to offload the France international in previous transfer windows without success.

He signed for Barcelona from Lyon in a €25 million deal in 2016 and made 133 appearances for the club since.

Knee injuries plagued Umtiti since France’s World Cup win in 2018 but the defender said back in October that he had fully recovered.

Umtiti, 28, made a single appearance for Barcelona last season and although he was reluctant to leave the Camp Nou despite a lack of playing time, he has since changed his mind.

Earlier this year, he signed a new contract with Barcelona until June 2026.

They lost their opening two league games and will look for their first victory of the season as they host Empoli on Sunday.