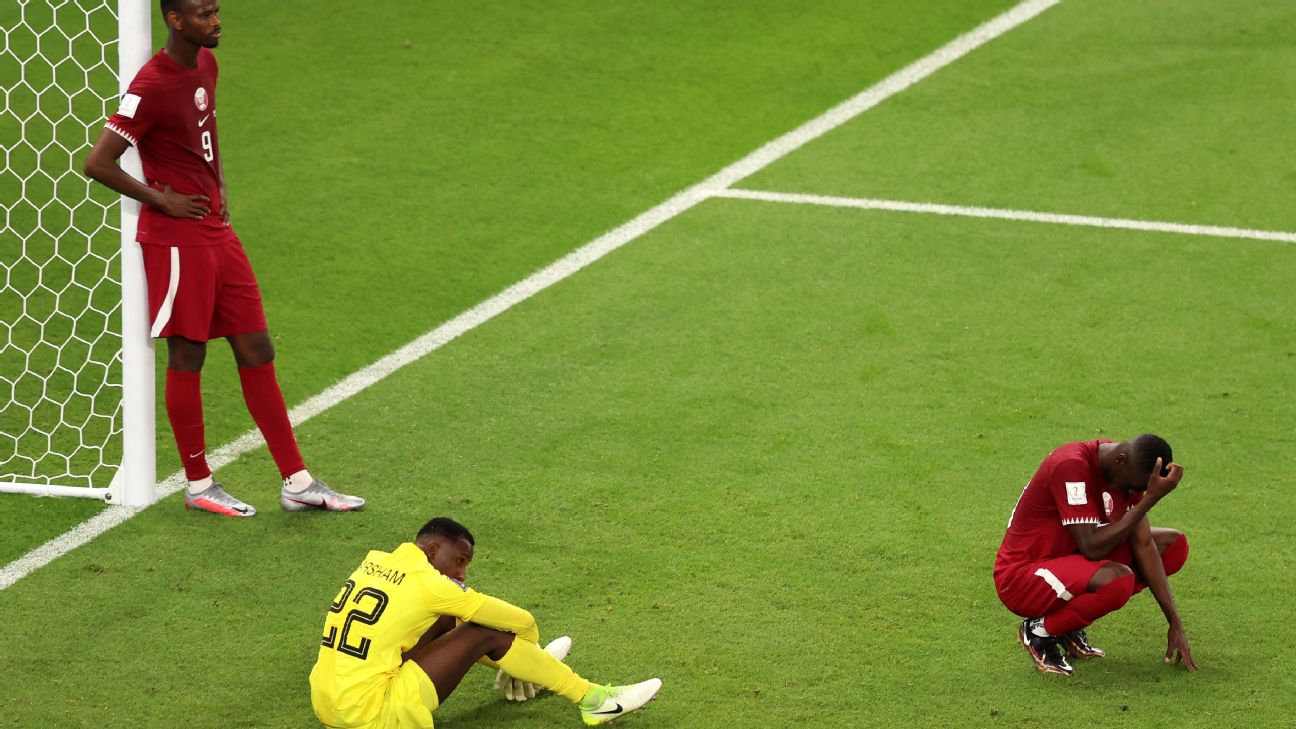 Qatar became the first team eliminated at the 2022 World Cup after suffering defeats in their opening two fixtures, the earliest exit by a host nation in the tournament’s 92-year history.

Qatar, who were controversially awarded the hosting rights in 2010, became the first host country to lose the opening game of the tournament when they were beaten 2-0 by Ecuador on Sunday before losing 3-1 to Senegal on Friday.

Their hopes of advancing to the knockout stages were ended on later on Friday when Netherlands draw 1-1 to Ecuador.

Qatar face an uphill task of achieving a win in their final group game as they face Netherlands on Friday, with the European nation needing a win to guarantee qualification in the round of 16.

South Africa (2010) are the only other host team to be eliminated in the group stage, although the African side at least went out with a win and a draw from their three games.

« If you expected us to go very far in this tournament, then it will be a disappointment, » Qatar coach Félix Sánchez said before his team was officially out. « Our goal was to be competitive.

« We have to forget about today, move on and play the Netherlands. »

The writing was on the wall from the very start for the Qatar. The team may be the 2019 Asian champion, but looked nervous and was overwhelmed in the 2-0 loss to Ecuador last weekend straight after a glittering opening ceremony put on by the wealthy Gulf emirate and meant to showcase it to the world.

Friday’s performance by Qatar was a little, but not much better for a squad that all plays in the local league and is missing the kind of top talent that is present in almost every World Cup team now.

Qatar had never qualified for the World Cup before FIFA’s highly-contentious decision in 2010 to give it the tournament. That gave his team automatic entry.

But although the oil- and gas-rich nation spent around $220 billion of its vast riches on building stadiums, roads and even a new city for the World Cup, it couldn’t put together a solid defense for the team.

Information from Associated Press contributed to this report.