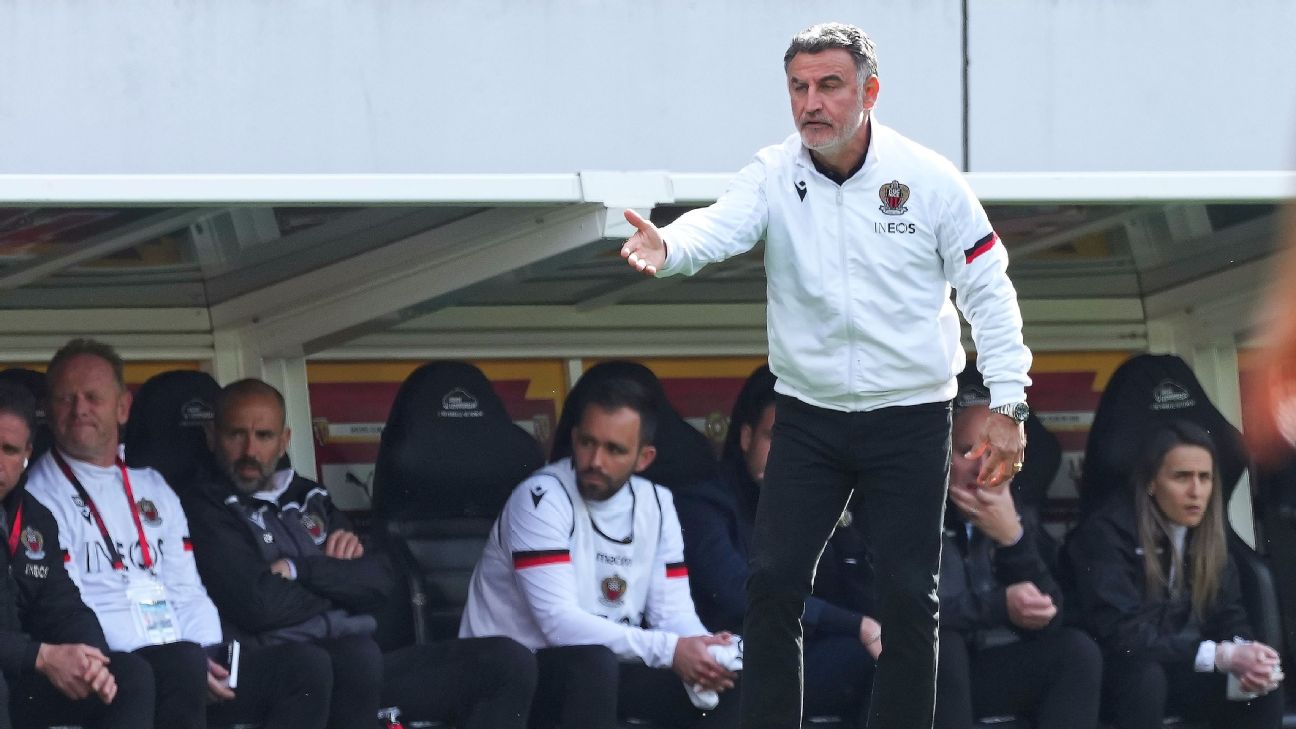 Paris Saint-Germain are set to hire Nice’s Christophe Galtier as the club’s next manager, sources have told ESPN.

The Ligue 1 champions have reached an agreement with Nice and Galtier, with an official announcement expected in the coming days.

PSG will pay a fee of around €10 million to Nice — where Galtier still had two years left in his contract — and the 55-year-old will sign a two-year contract with an additional year option to take over from the outgoing Mauricio Pochettino in Paris.

– Ranking every PSG coach of Qatar era: How does Poch compare?
– Laurens: What went wrong for Poch at PSG? What comes next?
– Don’t have ESPN? Get instant access

Galtier will be reunited at PSG with Luis Campos, the club’s new sporting director who was at Lille when Galtier won the league in 2021. The French manager was Campos’ favored choice to replace Pochettino, who has been told he will be let go despite an official announcement having yet to come from PSG.

Zinedine Zidane was the preferred option for the Emir of Qatar, who owns the Paris club, but the former Real Madrid manager rejected approaches to take on the project with PSG.

Galtier is already working with Campos on his squad and his technical staff. Joao Sacramento, who was Galtier’s assistant at Lille before leaving to join Jose Mourinho at Tottenham Hotspur and AS Roma, could join him at the Parc des Princes.

Five Americans who will likely find new homes this summer

‘A weight has been lifted’