My emotions can ‘spill over’ with Belgium 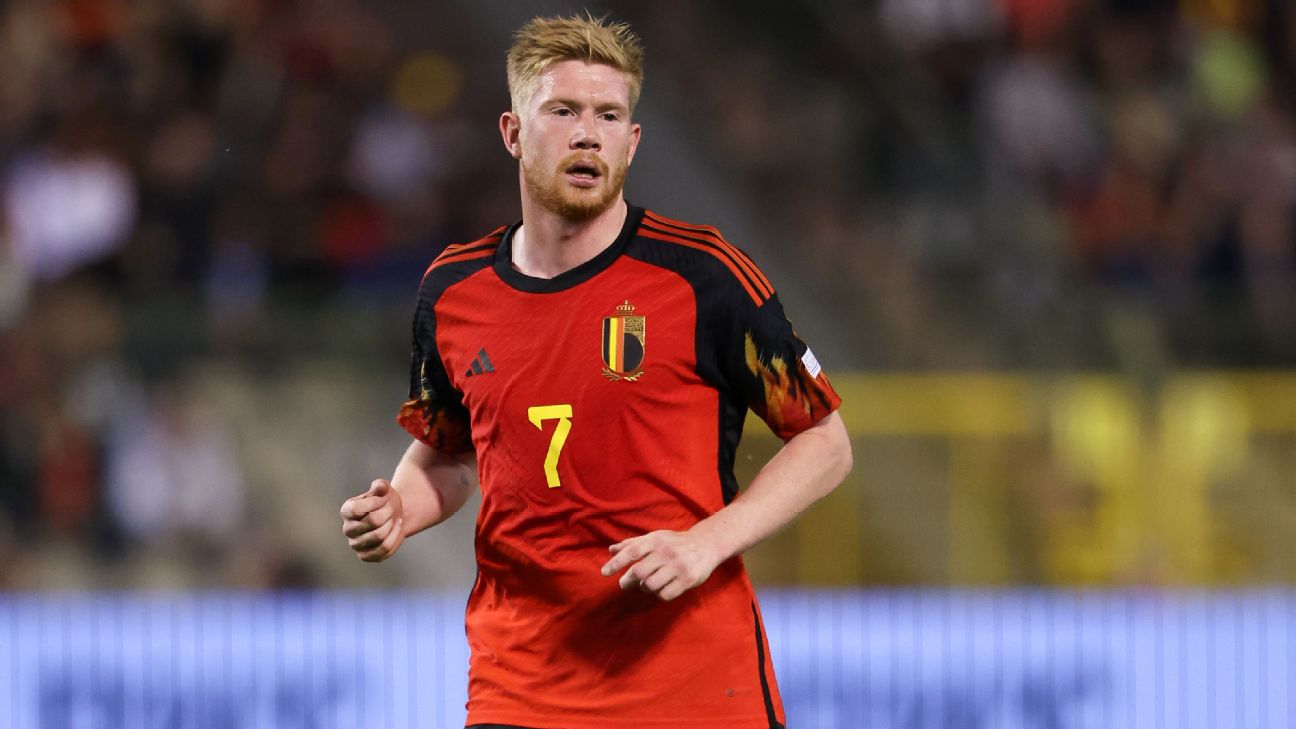 Belgium midfielder Kevin De Bruyne said on Friday that he needed to reign in his frustrations at the World Cup after several belligerent displays in his side’s first game but said sometimes his emotions got the better of him.

De Bruyne, 31, waved his arms in frustrations in the direction of coach Roberto Martinez in the first half of his country’s opening Group F match at the tournament in Qatar as Canada dominated the midfield exchanges.

He did not celebrate when Michy Batshuayi scored a counter-attack goal near the end of the first half that eventually ensured an unconvincing 1-0 win for Belgium on Wednesday.

« I do know that my reactions are not always good, » he said at a news conference on Friday. « I also look for moments afterwards to find that peace but people know that it’s my way to help the team play better and get more out of the game.

« But of course, I also have to learn to react in a better way. Every now and then the emotions spill over but that’s also part of the game. »

The Manchester City midfielder said it was difficult to expect him to replicate his club form even if he wanted to do so on the World Cup stage.

« We can’t play in the same way as Manchester City. As a national team you have to adapt to the players you have around you. Does it frustrate me sometimes? Yes, but I should show that less although that is the perfection I strive for. »

De Bruyne’s prickly side is also well-known at club level.

On Friday, De Bruyne said he was delighted to hear that Guardiola had signed a new contract with the club.

« It makes my life a lot easier, » he said. « The way he leads the team is very clear and I feel very comfortable with him. Both our contracts run to 2025, so that makes it easier. I could not be happy. »