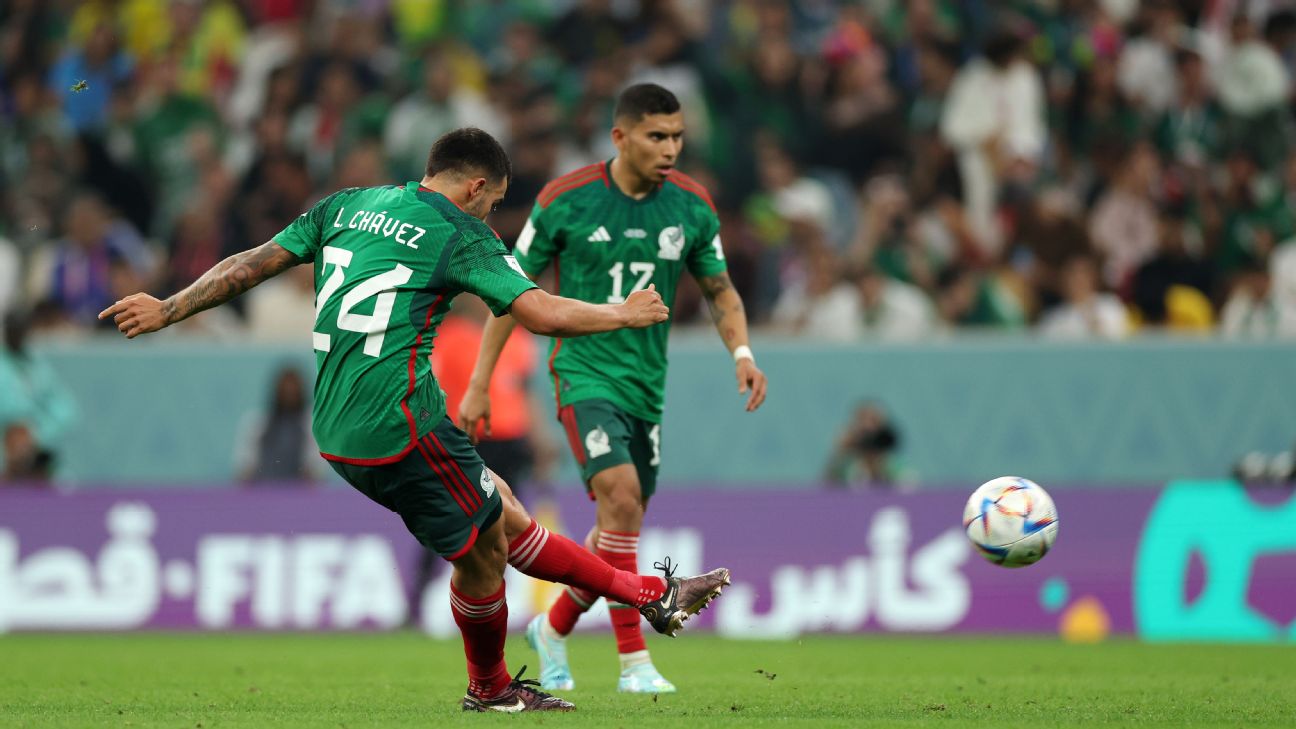 DOHA, Qatar — Luis Chavez’s thunderbolt of a freekick in Mexico’s win over Saudi Arabia was the most powerful shot leading to a goal in the group stages of the World Cup, according to the technology inside the match ball used in Qatar.

Chavez 52nd minute strike gave Mexico a 2-0 lead at the time, with Saudi Arabia eventually pulling it back to 2-1. Though it wasn’t enough to get Mexico out of the group stages and into the knockouts, it was the fastest registered shot leading to a goal.

The adidas Al Rihla match ball has technology inside which aids the VAR decisions at the World Cup, and also helped prove that Cristiano Ronaldo did not touch the ball for Portugal’s opener against Uruguay. It also tracks the speed of the ball.

And now FIFA has published a list of the most powerful shots registered in the group stage which led to a goal. Chavez’s strike is top, clocking in at 121.69 km/h with Japan’s Ristu Doan’s wonderful goal against Spain reaching a max speed of 120.04 km/h.

Spain were on the receiving end of some rapid strikes with Niclas Fullkrug’s equalizer against them in Germany’s 1-1 draw coming in third. Ronaldo’s penalty against Ghana is fourth, with Marcus Rashford’s spectacular effort against Wales in fifth. Lionel Messi makes the list with his effort against Mexico coming in ninth.