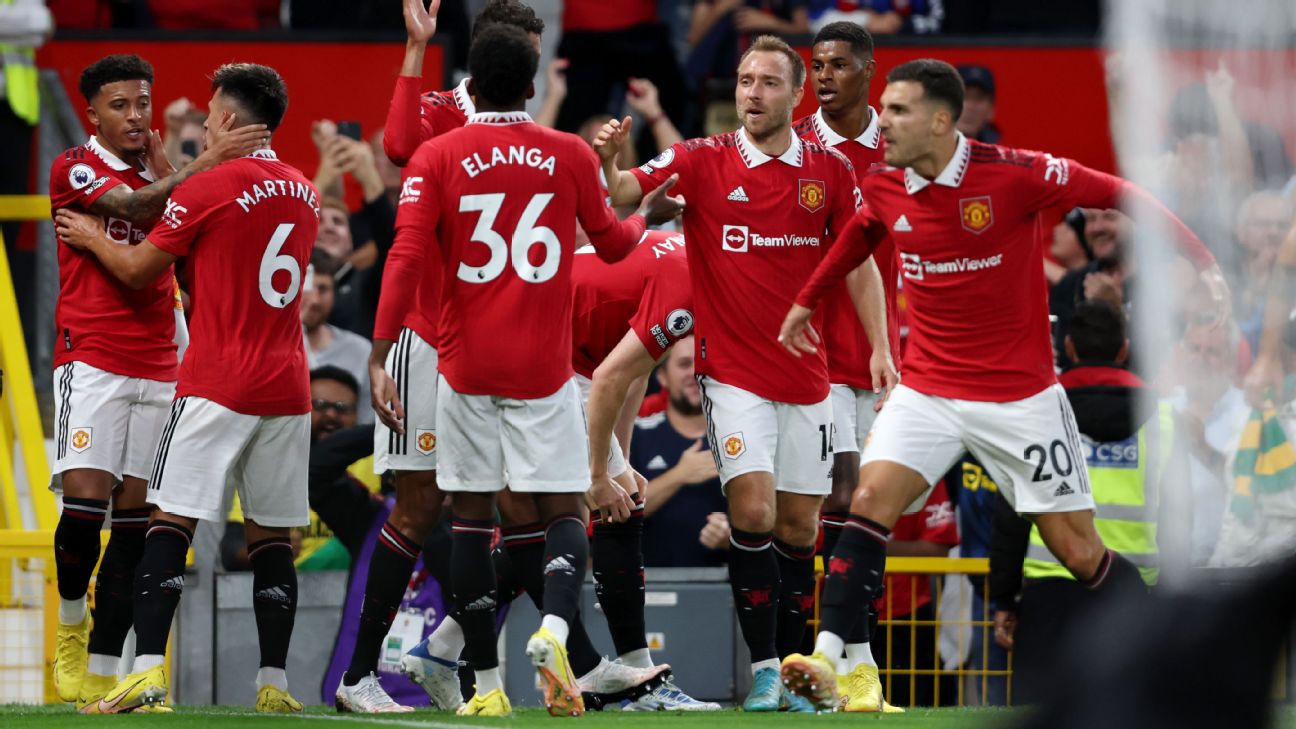 Manchester United picked up their first win of the Premier League season, beating Liverpool 2-1 at a raucous Old Trafford on Monday night.

Goals from Jadon Sancho and Marcus Rashford either side of half-time gave Man United and manager Erik ten Hag a massive three points despite it only being the third game of the season for both sides. Mohamed Salah scored late in the match for Liverpool, but the Red Devils hung on for the win.

As promised before the game, a large group of United fans angry at the direction of the club under American owners the Glazers took part in a protest outside Old Trafford.

The hosts came into the match without a point from their first two matches, but went ahead on 16 minutes when Sancho picked up a pass in the center of the area from Anthony Elanga, composed himself and calmly shot past Alisson to give United the lead.

United defended well throughout the remainder of the first half, offering Liverpool few chances, and took a 1-0 lead into the break.

Rashford doubled the home side’s advantage shortly after the restart with a lovely finish past Alisson from Anthony Martial’s through ball that left him with only the keeper to beat.

The Old Trafford crowd roared on their team throughout the rest of the second half and Liverpool looked uncharacteristically out of answers as they sought to find a way back into the game.

Salah popped up to halve the deficit for from close range in the 81st minute for Liverpool and set up a nervy finish to the game for United, but Jurgen Klopp’s team couldn’t find the equalizer and remain without a win so far this season.

New Man United signing Casemiro was unveiled before the game and watched on from a box after completing his move from Real Madrid on Monday.

The result lifted Ten Hag’s side off the foot of the table into 14th place, while last year’s second-place finishers Liverpool, whose Premier League streak of 21 games without a loss, are in 16th on just two points from their first three games.