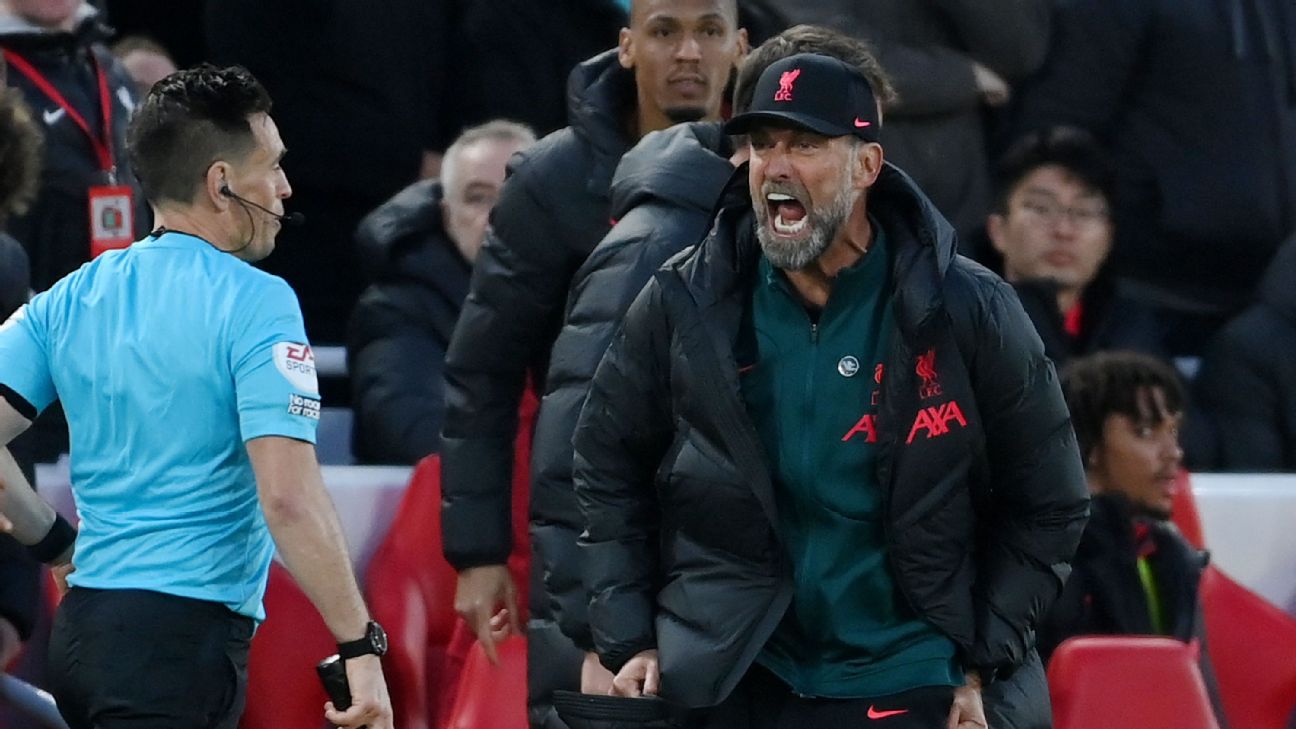 Liverpool manager Jurgen Klopp has said he expects to be in the dugout at Nottingham Forest on Saturday despite being charged by the English Football Association (FA) for his outburst at an assistant referee during last weekend’s win against Manchester City.

Klopp was shown a red card for confronting the official after Mohamed Salah was denied a free kick late in the second half of Liverpool’s 1-0 win at Anfield. He was given until Friday by the FA to respond to the charge.

« We just followed the normal process, » Klopp told reporters on Friday, although he did not reveal details. « In this moment I expect being on the bench tomorrow but I don’t know 100%.

« We don’t know too well the [FA disciplinary] process but we have enough people who know how it goes and we did everything we had to do. »

Liverpool have found form in their last two Premier League games, beating City and West Ham United to move up to seventh in the standings with 16 points from 10 games.

Klopp said Forest’s City Ground would be a tough place to visit, despite Steve Cooper’s newly promoted side languishing at the bottom of the table with just one victory this season.

« The atmosphere will be outstanding, » Klopp added. « When we faced them last time [in last season’s FA Cup] they were full of confidence and really flying. We felt that. It was a well-trained team.

« It’s different to this season, but that makes it even more difficult because now the spirit will be at 100%, they will fight for everything. »

Midfielder Naby Keita and centre-back Ibrahima Konate are set to return to full training next week while striker Darwin Nunez, who scored against West Ham, has a tight hamstring. Klopp said he would make a late call on the Uruguay international’s inclusion against Forest.

Klopp said: « He is one of the cases where we need to have a look because he was not injured, but he felt something and I don’t know if he feels that still today and what the medical department tells me then, we have to see. »

What happens if points level

Why Lionel Messi shouldn’t have been awarded a VAR penalty