Liverpool will only sign the ‘right players’ amid injury crisis 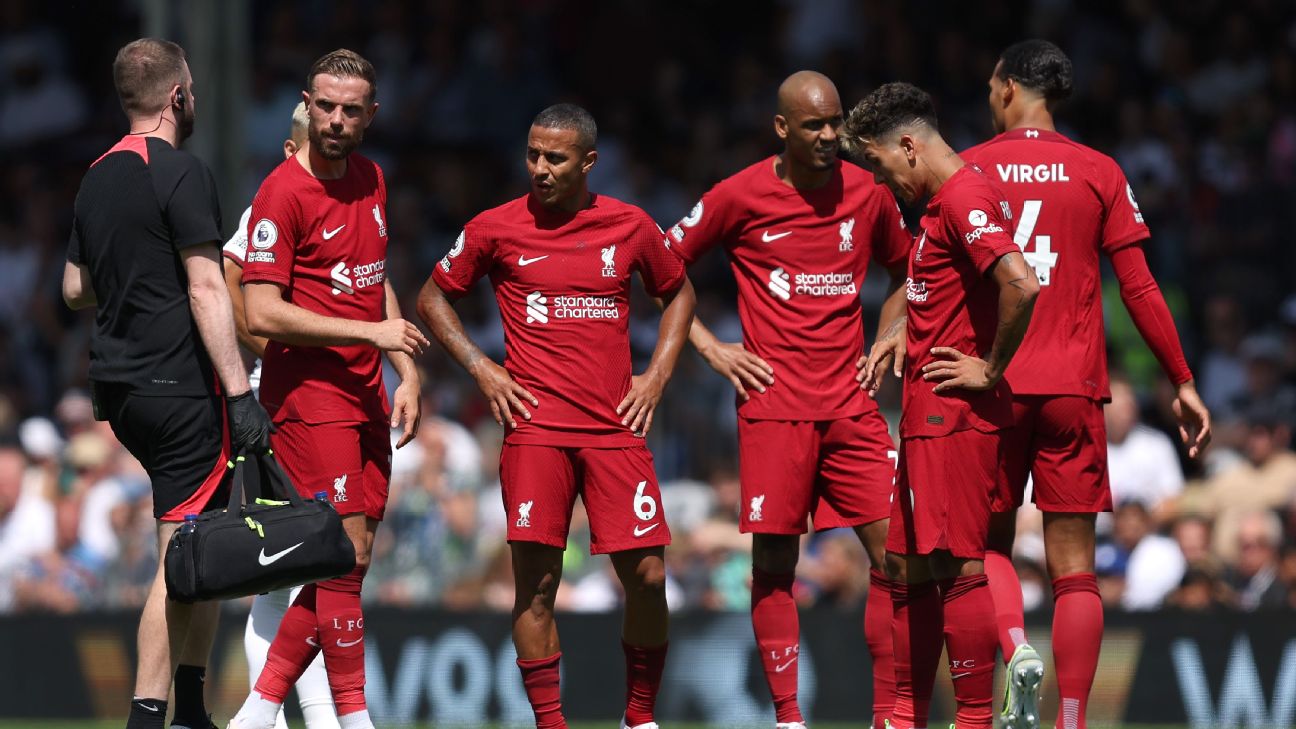 Liverpool manager Jurgen Klopp said on Friday a mounting injury list at the club was a concern but added he would not splurge in the transfer market just for the sake of strengthening his squad.

Liverpool, who were held to a disappointing 2-2 draw by newly promoted Fulham on the opening weekend, have been hit with injuries to several key players, including Thiago Alcantara, Naby Keita, Diogo Jota, Ibrahima Konate and Kostas Tsimikas.

– Notebook: The inside stories from world football
– Stream ESPN FC Daily on ESPN+ (US only)
– Don’t have ESPN? Get instant access

« We have injuries, that’s how it is. It is a question of how long will the players be out, » Klopp said ahead of Monday’s game against Crystal Palace at Anfield.

« There are different solutions for it. One of them is the transfer market. That only makes sense if we can bring in the right player — the right player, not a player. In some cases it is not possible, in other cases extremely difficult. »

Tsimikas will return to training later on Friday while Keita is expected to be back on Monday. Sources have told ESPN that Thiago, a crucial figure in central midfield, will be out of action for up to six weeks after injuring his hamstring against Fulham.

« All the other solutions are inside the squad… if we had the right solution [in the transfer market] then we would have done it already. We are not stubborn, » Klopp said.

The absences offer an opportunity for young midfielder Harvey Elliott, who signed a new long-term contract at Anfield on Thursday.

« He is a fantastic boy and a great player, » Klopp added. « He had a good pre-season and is always in contention to start… of course he is [in my plans].

The German bemoaned his side’s slow start against Fulham and said they needed to be switched on from the outset against Palace, who fell to a 2-0 defeat against Arsenal in their season opener.

« It could be a warning sign, for sure, » Klopp said. « It felt like a loss and that’s how it felt when we left the stadium.

« Having a slow start does not mean you will do it again but it is a sign so use it as information and go from there. »